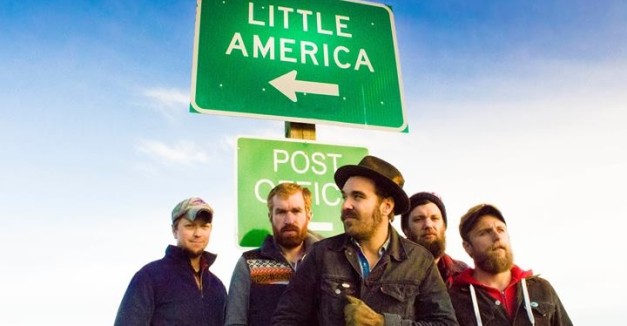 Known for making instant fans of the uninitiated with one of the most engaging and passionate live shows on the road today, Red Wanting Blue found even bigger audiences after the release of its 2012 From The Vanishing Point album, which landed in the Top 10 of Billboard’s Heatseekers chart and at #1 for the band’s home region.Appearances on The Late Show with David Letterman, VH1’s Big Morning Buzz Live, and NPR’s Mountain Stage followed, and while the band continues to reach new and bigger career milestones, Red Wanting Blue is also staying true to its roots. This is evident on the upcoming new album Little America, the band’s most personal and promising recording to date.Little America celebrates a community spirit Red Wanting Blue shares with its audience that goes beyond fans who simply give back the passion that comes off the stage.