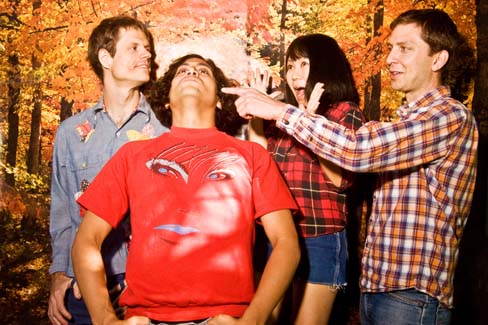 Formed in 1994, Deerhoof is now that fateful age and by rites it's the band's turn to go out and challenge the world. The same way a rebellious adolescent turns tough and irrational, Greg Saunier, Ed Rodriguez, John Dieterich, and Satomi Matsuzaki just up and split from San Francisco, the only home they've ever known as a band, and left behind all notions of what a "Deerhoof record sounds like." The result is Deerhoof vs. Evil. The musical equivalent of hormones raging out of control, it explodes out of the speakers with its gawky triumph and inflamed sentimentality. These are songs that practically demand that you dance and sing along (however elastic the rhythms, or abrupt the melodies). Right from the start, you know you're hearing a daring band, unafraid of the consequences of failing (critics be damned).