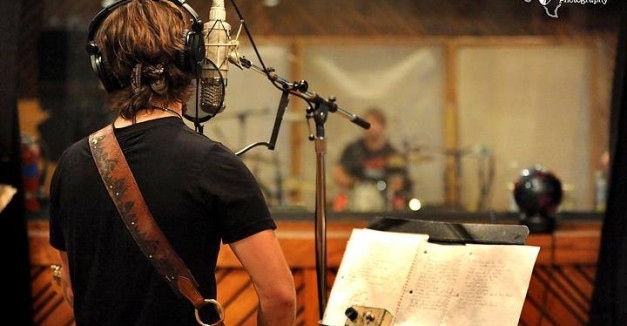 Cody Canada & The Departed
with The O’s

The latest, tight incarnation of the Cody Canada-led group The Departed isn’t a reinvention of the group’s sound, or a reimagining of Canada’s musical perspective – it’s a reunion. As with any reunion, the passing years have provided the involved parties with new and unique perspectives, breathing vibrant excitement into their streamlined new environment.
Canada, Jeremy Plato, Chris Doege and Steve Littleton are reopening the doors to a sonic garage where sounds and stories some thought were gone for good are now being unleashed onto an eager public after a few years of fruitful – even risky — artistic diversion. Being guided by raw emotion and nerves that are often unguarded, Canada hasn’t begun to pluck the opening notes to an increasing number of Cross Canadian Ragweed favorites without some reluctance or painful reminiscence, mind you. But the powerful nature of such visceral connections is what makes his stories stunning while rightfully placing him in a prominent class of modern songwriters occupied by the influential likes of Robert Earl Keen, Bruce and Charlie Robison, Todd Snider, Mike McClure and the men of Reckless Kelly, among only a strict few others.
To be clear, the men of the Departed are not the frat-house faves many of the latest generation of river-tubing popsters are. Ideals and experiences of a person enduring the sometimes-harsh realities of the real world demand space in a Departed concert.
In the wake of Ragweed’s 2010 dissolution, most fans likely expected – and few would’ve blamed – Canada for adhering to the heartsleeved, Okie-rocker recipe that propelled Canada into a true Rock Star realm. Bolstering his bad-ass bona-fides even more, however, was his decision to choose the dirt road less traveled. By finally partnering up with Seth James, a long-time friend universally admired for his soulful skills, Canada’s words had a different backdrop that certainly represented commercial risk, but offered an unusually fresh outlet where the iconic songs of his past, for a while, stayed in the past. For three years, Canada became a side-man for sections of each concert as the Departed quickly built a reputation as a crack band focused on packing as much expertly-curated song-craft into each show as possible, eschewing the demands for “more Ragweed!”
With the chill of 2014’s winter thawing into the haziness of the spring and the Departed now having played as a powerful four-piece for several months following James’ amicable exit, Canada’s appreciation for the truly remarkable, intensely personal body of work he created as he fronted Ragweed is intact, and indeed, fresh with the passing of time and the healing of emotional wounds. Unsurprisingly, fans are exuberantly responding to the inclusion of classics such as “Alabama,” “Dimebag,” and “17” into set-lists for Departed shows. The refitted outfit is channeling the power chords and raw-bone ballads, which vaulted Canada into the status as Red Dirt’s biggest name for so long.
This is not a comeback. This isn’t a rebirth.
This is a rock and roll renewal only an artist with Canada’s strength of will and determined vision is capable of. He’s making great use of a rare chance few artists ever receive. He now knows what he only started to understand many years ago, and his words are all the more impactful as a result.