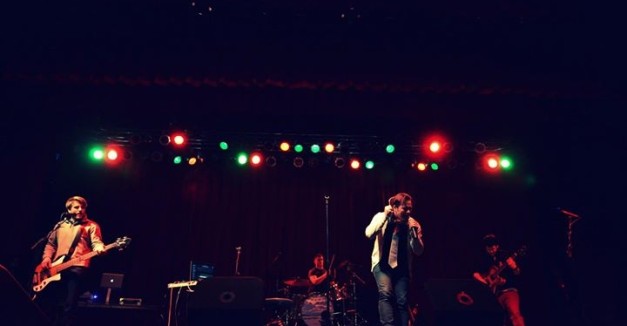 Releasing his debut album, "Laughing In The Face Of Death", Kevin McClure went under the moniker "Unscene Patrol". The only permament member of the band at the time, McClure has been reputed for his on-stage presence and musical originality. Since the release of the record, McClure has recruited the help of his brother, Derek McClure (Bass/Vocals), and friends in Roger Brady (Drums/Percussion) and Cody Rathman (Guitar/Vocals). With powerful lyricism, catchy music, and deep inspiration from McClure's personal life and struggles, the music is available and open to anyone searching and asking questions about faith, life, love, and overcoming trials. With the addition of the younger McClure, Brady, and Rathman, the live show has an energy level that rivals bands like Remedy Drive, Coldplay, and Switchfoot. If you haven't had a chance to see Unscene Patrol live, you should take the time to make it to the next performance.

"The name 'Unscene Patrol' actually was birthed while I was working as a security guard in Omaha, Nebraska," says Kevin McClure, "The idea behind the name is to bring attention to the problem that we as a human race are so obsessed with compartmentalizing ourselves. We do it with our cliques, our 'scenes' if you will, and our literary, cinematic, and musical genres. I want to eliminate that. We as a human race should be unified, or at least making the effort to destroy the force that pushes us apart."

The full-length debut album "Laughing In The Face Of Death" was released in September 2011 and is available on iTunes, Amazon Mp3, CDBaby, and many more online outlets, as well as physical copies sold at the band's bandcamp page and at shows.