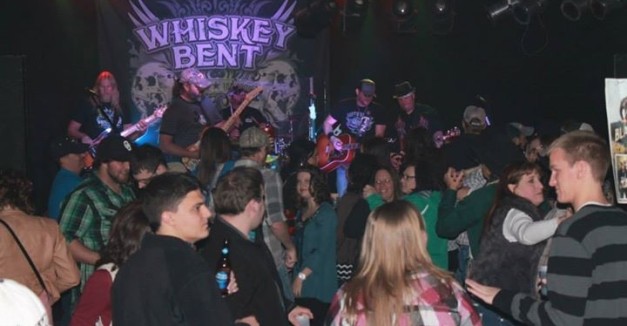 TIM ZACH
The front man of Whiskey Bent, Zach got his start in the music business in 2009 after winning “Colgate Country Showdown” and title of Best New Country Act in Nebraska. A Wisconsin native now living in Loup City, Nebraska, Zach’s musical influences are Johnny Cash, Eric Church, Alabama and Waylon Jennings. Tim recently worked at Station West studio in Nashville, recording and writing with established songwriters such as Jamey Johnson. He co-wrote and recorded “Men Like Him” – a song about his grandfather – as part of a solo project.


JEFF WESTWOOD
Westwood’s 12-year music career as a guitarist includes time with bands such as Husk and Boomslang. The Grand Island, Nebraska, native is one of Whiskey Bent’s original members and cites Metallica, Waylon Jennings and Alice In Chains among his musical influences.


JEFF WILSON
Wilson is one of the original members of Whiskey Bent. A native of Bassett, Nebraska, his six-year music career as a drummer includes work with Homebrew. Wilson’s musical influences include Breaking Benjamin, Jason Aldean, Eric Church and Lynyrd Skynyrd.


JOE PARR
With 31 years in the music business, Parr is one of the Midwest’s longest-performing veterans of the stage. Parr plays guitar, mandolin, harmonica and keys. A native of Boelus, Nebraska, he has played in some of the region’s top bands, including Westwind, Joe Parr Band, Borderline, Big Richard & The Extenders and Joker. Joe’s musical influences are The Beatles, The Beach Boys and Santana.