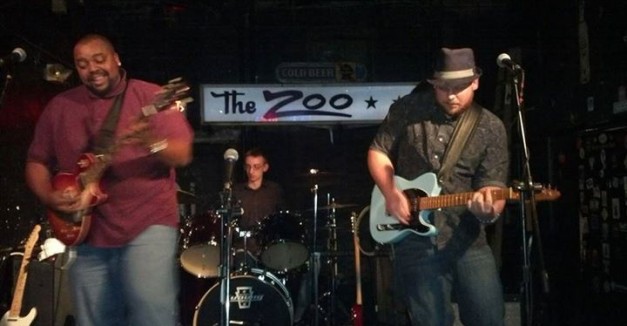 The Lil’ Slim Blues Band are proud Semi-Finalists at IBC’s 2012!

Shawn "Lil' Slim" Holt is the son of legendary blues master, Magic Slim, AKA Morris Holt. Shawn started playing the blues at the age of 17, when he went on the road with his father and his Teardrops, where he aquired the name from his late Uncle Nick Holt, "Lil' Slim". Shortly after that tour with his father Shawn formed his band, "Lil' Slim and The Back Alley Blues Band", with his god-brother, Jeff Boehmer, Joe Manthey & JJ King. Lil' Slim has been a part of the Blues Messengers based in Lincoln, NE and True Sons of the Blues in Minneapolis, MN.

In 2009, he hooked up with some of his old band mates and new ones too and created "The Lil' Slim Blues Band".