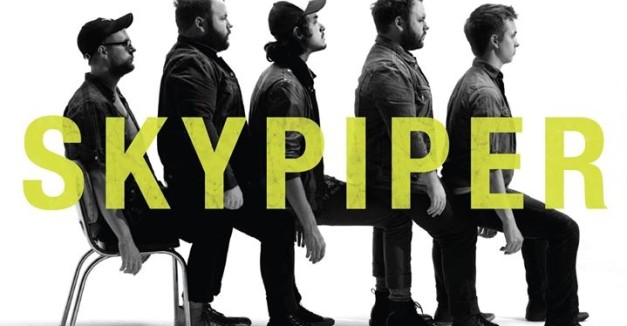 Reinvention could be considered a dirty word in the paradigm of popular music- but to the band Skypiper, nothing could be further from it.

After self-releasing two LPs and a "visual acoustic EP", Skypiper's sound has undeniably changed. However, one aspect of the band hasn't: It's never stopped being "Skypiper".

Formed in 2007 by twin brothers Gabriel and Graham Burkum, Skypiper has built it's reputation on solid, catchy songs and a whimsical live show to boot. An unrelenting passion to create memorable songs is what has pushed Skypiper from their folk influenced 2008 debut 'Lay Low and Pretty', to their folk/rock self-titled follow up album in 2011.

Skypiper has fun. This has never been more evident than on the band's fresh new EP release, 'TROUBLEDOER'. Constructed from catchy hooks, and lyrics that beg you to sing or shout along. 'TROUBLEDOER' isn't just a change of style for Skypiper, or a change in direction- it's a change of heart. The four song EP makes it clear that they're not taking things slow.

With a mixture of finesse and punch, their live show ranges from the joyously symphonic, to the wild, jangly ruckus. Skypiper demands movement; whether it's from the brute force of their powerful timbre or by the hypnotizing groove carried throughout their songs.