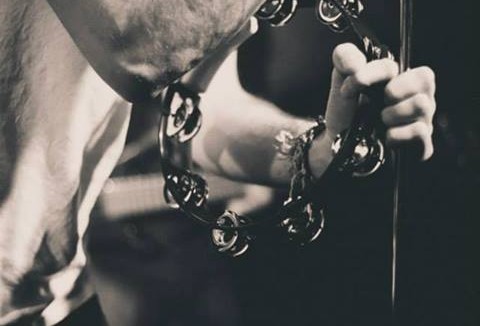 Rock Paper Dynamite began playing music with each other in the early part of 2007. Brothers Andrew and Joseph Janousek, and friends Scott Zrust and Trey Abel (all from rural NE) played small shows to get themselves used to the crowd and become more comfortable with the music they have been performing. After endless amounts of shows, they decided it was time to record their songs. The boys turned to Curtis Grubb, of Grubb Inc. Production and Recording Studios They released their debut self-titled EP in mid 2007. The band then began playing shows and making themselves a name in the Omaha music scene. They began playing and writing new music for their shows and preparing to return to the studio with new songs to lay down. The Days of May sessions started in the early summer of 2008 and ran through until late August. RPD again returned to Curtis Grubb for their 2nd album. The album, “Days of May,” was released December 2008. The maturity and musical talent within the band had grown tremendously since the release of the debut EP. Their third EP “Railroads” was released in October 2010. This album showcased the southern rock and garage sound the guys have become to be known for with songs like "Seen My Girl" and "Place Called Home" really getting the crowd and the band rockin'. 2011 ended with the release of "I've Seen Days" their fourth EP. This album started to show the versatile style of music being created by the guys as they grew in their musical abilities. "Bird Dog" is sure to get everyone dancing! The newest EP titled simply, "RPD" came out January 19, 2013. The guys took a break the summer prior to head down to South Carolina to write the album; the result was a terrific blend of southern rock and pop songs to please the masses.

RPD has had the honor to open up for some amazing artists such as Those Darlins, Diane Coffee, Joan Jett and The Blackhearts, Ben Kweller, .38 Special, Rome (of Sublime with Rome), Great White, Daughtry, The Dirty Guv'nahs and Blackfoot Gypsies; have played after parties for The Avett Brothers, The Black Keys and Cage the Elephant; and have shared the bill with The Flaming Lips, Matt and Kim, Bob Mould and The Thermals at Maha Music Festival in Omaha, Nebraska. They have played countless shows locally and across the nation with an array of amazing bands.

RPD are continuing to write, record and perform new music and are hoping to release an album in 2014 and be back on the road!