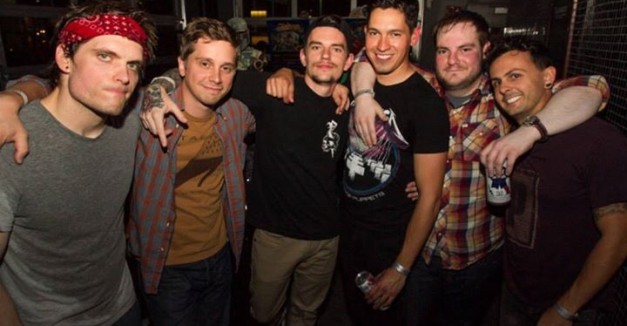 With the current state of heavy music existing in what seems to be a vacuum, never straying far from the expected, Paria exists as a vehicle for those willing to take chances. At times oppressive, at others sublime, this foursome crosses the arbitrary boundaries created by the faint of heart in order to create a world ex nihilo intended to be explored by the listener and never simply heard. Background music this is not. In order to fully perceive the tapestry woven by Paria the listener must do his part in becoming an active participant through listening. After signing with Black Market Activities and performing alongside such bands as Everytime I Die, The Dillinger Escape Plan, As I Lay Dying, Animosity, and others Paria released their debut full length. The band’s debut full length, Misanthropos, was received well by audiences and critics across the country. Deemed a “sonic wrecking ball,” (Lambgoat.com) Misanthropos was a veritable mind-fuck. Spazzy off-time beats met crushing riffs. Paria has evolved into something far more complex on The Barnacle Cordious. Many elements remain from their debut, but the songs have taken on a new life of their own. A new depth both musically and lyrically has been achieved on their latest recording, the extent of which will be experienced this spring.

Traditional formulaic song structures were of no interest to Paria while writing The Barnacle Cordious. Rather, the band is attempting a sonic experiment with no hypothesis. The music is an amalgam of instruments coming together in order to produce a cohesive cadre with the emotional impact of a hydrogen bomb. This impact becomes clearer on two instrumental tracks that could be described as powerful, but not aggressive, demonstrating the eclectic essence that is Paria. The defining features of Paria are the individual intentions found behind each instrument. Each musician shines throughout the entire album while each is illuminated at different times. These are four luminaries, each to be appreciated in their own right. Likewise, the multifarious themes on the album should be appreciated in the same way. At times the lyrics tell a story, at others character studies are attempted. Throughout The Barnacle Corious’s entirety the lyrics are meant to be an intelligible representation of the emotions behind the crashing waves of sound: sounds of anger, sounds of hatred, sounds of jealously, sounds of love, sounds of disappointment. All these sounds find their culmination in the sound of The Barnacle Cordious available this spring on Black Market Activites.