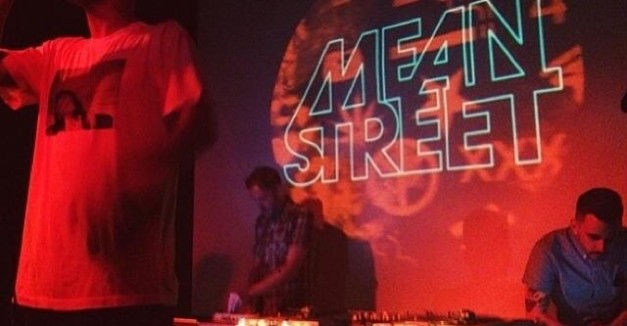 In August 2011, Conchance(rapper) and Haunted Gauntlet(producer) got back together and Conny started writing and rapping on the more hip hop/vintage side of Haunted Gauntlet music/beats. That was the beginning of Mean Street in essence despite the fact that they had be collaborating musically since 2007 starting out of Hotel Frank (3821 Farnam St. Omaha, NE). Read a book.
They recorded “Nite Owl” and “Fly me to the Moon” and have since put together a large collection of tracks and instrumentals that will likely include 19 tracks together that will make up the full length album "Mutants of Omaha" due to be release Summer 2013. We picked up DJ Really Real to add turntables to top off the album and to join up live on stage. Thier first show was March 22 at the Slowdown in Omaha opening for UUVVWWZ, Simon Joyner & No, I'm the Pilot in benefit for the Community Bike Shop in Gifford Park. Mean Street is set to play many shows this Spring/Summer and to release the debut album "Mutants of Omaha" digitally and on vinyl. More to this story to be written, to be continued...