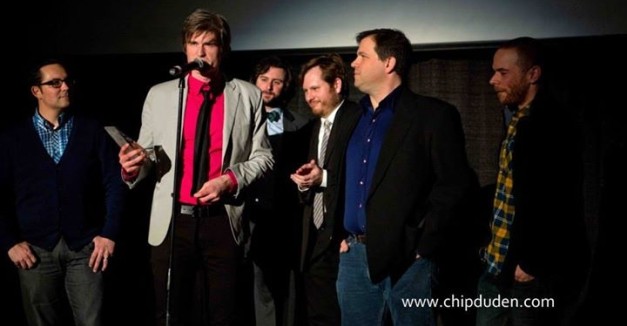 Nebraska winter is a losing proposition. As one matures, those few months of frozen mornings and early evening pace along like an icy interstate. Holiday hopes quickly fade into the dull gray of January. While most of Omaha, Neb. retired to oversized bedding or their nearest barstool, singer-songwriter Matt Whipkey went to work.

Throughout the last decade, Whipkey has established himself as one of Omaha’s most dynamic live performers. His work as lead singer and songwriter for bands such as The Movies, Anonymous American and The Whipkey Three always left live audiences with a sense of purpose and performance. However if the songs were not there, these concerts would have merely been another show. Sometimes lost in bombastic drums and screaming guitars, songs fell victim to decibel level. With “Instant Heart”, Whipkey’s first full-length solo album and Slo-Fi Records debut, he has brought it all back home.