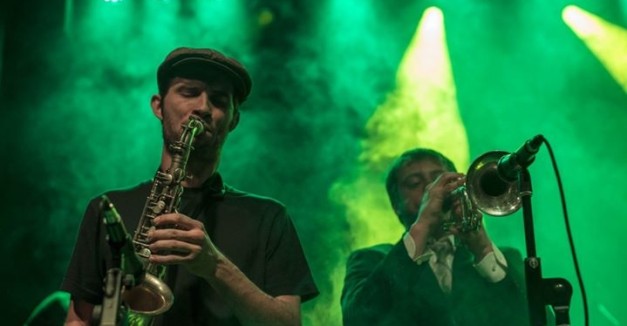 The funk of the Omaha-based ensemble is something that boils and flows through a century of the urban America’s artistic bloodstream. In six-minute songs dominated by horn pops and bass solos, there’s a range of temperaments that could spark a small-scale high school dance revolt or could send up a nightclub in musical flames with a three-hour set. The technical proficiency simply needs to decide what outfit it wants to wear.

But they are right when the band postulates its songs are “one percent something stanky.” A few rainy afternoon interludes highlight the jazzier side of their effort while horn slurs from an alto and tenor sax and trumpet invoke a hint of swing you won’t find in Parliament Funk or Rick James. It’s not dirty funk by any means. As the album title might suggest, Funk Trek comes to the listening public with a purified second album. If they wanted, they could reprise a Shaft score and they could do it with a hint of Glenn Miller.