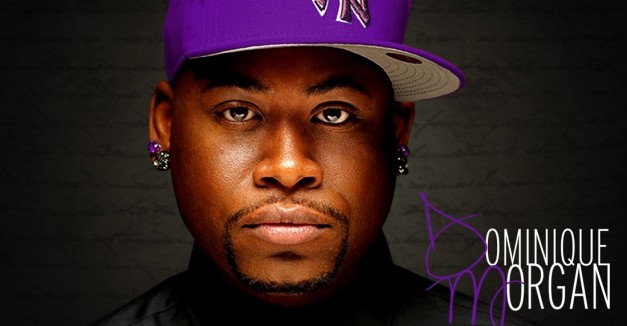 Dominique Morgan got into the music scene very early on and knew that music was what he was meant to do with his life. In 2005 he began to work at Icon One Music as a member of the writing staff, Penfluence while crafting songs for his own project. After contributing to other artists projects until he was featured on the Icon One Music Christmas compilation Icon Onederland in 2009. That same year he began his web show “Tha People’s Word with Dominique” that has become a hub for his witty opinions and hilarious views on everything from pop culture to politics. This entire time he was writing and producing songs that would come to be his first project “A Thin Line Between Love & Hate” in 2011 and that same year he won Performer of the Year from Brainstorm Promotions. In 2012 Dominique was nominated for Best R&B Artist and Artist of the Year by The Omaha Entertainment and Arts Awards and Best R&B Artist by the Omaha Hip Hop Awards which he also served as cohost. He released “Love Chronicles (1998-2012)” December 2012 to rave reviews while writing and producing for artists nationwide. In 2013 Dominique embarked on a successful Pride tour and released 3 music videos (Get Your Life, F**K Love and Don’t You Remember).Dominique was also nominated for Artist of the Year, Best Album (Love Chronicles 1998-2012) and Best R&B Artist for the 2014 Omaha Entertainment Arts Awards as well as Best Male R&B Artist, Best Male Artist, Best Original Album, Best Original Song and Best Music Video for the 2014 Omaha Hip Hop Awards for which he is hosting again. He just released his new single 3407 (Love) a undeniable ballad for true R&B lovers and is working on the follow up to “Love Chronicles”, entitled “Loveaholics Anonymous” that will be released in 2014.