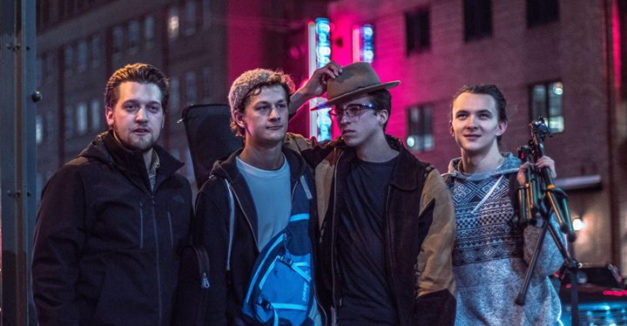 CJ Clydesdale Band performs music that speaks to their audience with wide-ranging influences including blues, rock, funk, and pop.

"I knew this guy was up to something when I heard a deep, swooping guitar lick blaring from down the hall on move-in day" says Joe. "It was fast friends from there."
Cal Hanson and Joe Gomez of the CJ Clydesdale Band had to find a place where they wouldn't get yelled at for topping out their cheap amplifiers, so they took to local open mic nights to showcase the music they were creating in their cramped dormitory rooms. Just a few pieces were missing.
Joe called up his friend who introduced him to the blues back in 2008, Joe Fitzgerald. Cal called up a friend he met on a trip to Bonnaroo Music Festival, Jake Kawamoto. At their first show, in a dusty basement over the sound of clinking beer bottles, someone shouted, "What's your name!?"
The CJ Clydesdale Band was born.
Their unique mix of blues, funk, pop, and rock will have you swaying to the groove one song and jumping to the beat the next. Their passion is as infectious as their music.
"Who's to say that I can't be the one to take you away?"
More Stories