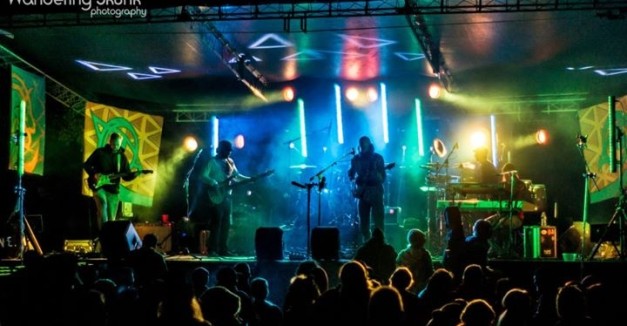 Blue Martian Tribe (BMT) has a sound and style all of their own. Writing and blending many styles including rock, trance, bluegrass, funk, jazz and dance. BMT has been delivering energetic performances with ever-changing setlists and cover tunes that have kept loyal fans coming back for more. BMT has performed at music festivals such as 10KLF, Wakarusa, Shangri-La Music Festival, FestyFest, LoveFest in the Midwest, HLN6 & HLN7, Gaea Retreat and many others. BMT also launched their own music festival Tribal Equinox with the first annual event taking place in September of 2011 in Omaha, Nebraska. They are veterans of over 200 shows in venues ranging all over the Midwest. BMT is a fresh take on a familiar sound with innovative, complex songwriting and highly danceable beats. Be abducted by Blue Martian Tribe as soon as you can!!!