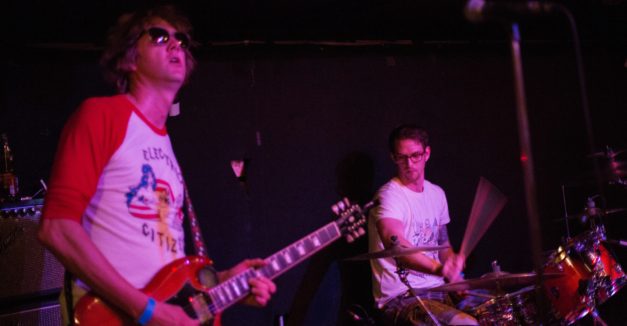 Stonebelly has already been out-of-state multiple times this year, playing shows in Iowa, Missouri, Kansas and a five-day stay in Chicago. The upcoming Colorado jaunt starts Thursday, June 16 at The Stage Stop in Rollinsville, and continues over the next few days with double-dips in Denver and Colorado Springs.

See Stonebelly’s Colorado schedule below. With eight dates currently booked, the band looks to fill in one more June 23.

The 1958 Newport Jazz Festival featured some of the nation’s most historically recognized jazz artists. Photographer Bert Stern was there to capture it all.

Stern’s full-fledged documentary feature Jazz On A Summer’s Day screens tonight at Film Streams, along with a post-film discussion. The event is a collaboration between the nonprofit theater and Omaha’s Love’s Jazz & Arts cultural and historical arts preservation center.

That year marked the festival’s fifth, and saw the likes of Louis Armstrong, Chuck Berry, Mahalia Jackson and Thelonious Monk. Stern originally intended to “take some pictures” of the event, but shortly beforehand decided to develop a film feature.

From the documentary synopsis:

Whether it’s a bird’s eye view of the rich in their yachts or young lovers from Brooklyn on a tour of Newport’s picturesque streets and beaches, this is more than just a jazz film, it’s the film of an era.

Tickets to the screening are $9 for adults and $7 for students, seniors, teachers, military and those arriving by bicycle. Film Streams Members can purchase discounted tickets for $4.50. Love’s Jazz and Arts Center members are eligible to receive a $2 discount on adult tickets for online orders using the discount code SUMMER. Purchase them online here or at the Film Streams box office.

Tonight, Lincoln’s Jazz in June kicks off its 25th anniversary with legendary jazz artist Arturo Sandoval in the Sheldon Sculpture Garden at 12th & R. The Dizzie Gillespie protege has won 10 Grammy awards from 19 nominations and is one of the most dynamic contemporary live performers. Watch later today for our feature on Jazz in June’s milestone year. The market opens at 5 p.m., with activities at 6 p.m. and music at 7 p.m. The concert is free, though Jazz in June requests a $10 donation per family/group. Pepsi products, iced tea and cookies will be available for sale, as well commemorative 25th anniversary merchandise. Bring blankets, lawn chairs and bug spray. Find more info here.

Catch Jazzocracy at the Zoo-Bar after-party, which starts at 9 p.m. RSVP here.

View a fuller listing of show at our statewide calendar here. Musicians/bands: going on tour, recording an album or have other notable goings-on? Email us at news@hearnebraska.org.