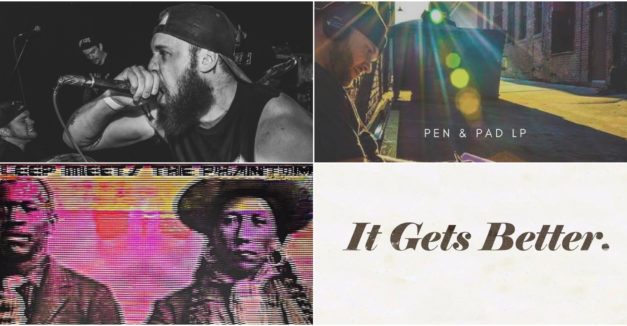 Purgatory signs with Unbeaten Records, departs on tour this weekend

Omaha hardcore band Purgatory has found some good news with which to end the year.

The band has announced its signing with metal/hardcore label Unbeaten Records, which will release its forthcoming full-length album in early 2017. That record will be Purgatory’s first since Dec 2015 EP Gospel of War.

In celebration, Purgatory has dropped a two-track promotional release Beg For Life : Pray For Death, which premiered via metal forum LambGoat late last week. Listen below:

Purgatory heads out on tour with Cruel Hand, Lifeless and Varials starting this Friday in Mesa, Ariz, coming as close as Des Moines’ Vaudeville Mews on Dec 15. See the full schedule below:

Omaha rapper Mark Patrick has also put a punctuation on 2016, releasing his own full-length album Pen and Pad yesterday via iTunes and Apple Music. As we noted previously, when Patrick release “Ride All Night,” the album features guest appearances by Marcey Yates, Xoboi, TKO, Aphasit, Chad Beaty and Menace.

The album release caps a major year for Patrick, who co-founded the New Generation Music Festival with Raleigh Science Project. The first-year festival featured the likes of Screaming for Silence, The Hottman Sisters, Chemicals, Dominique Morgan and many more; see our photo essay here. Patrick and Yates spoke with HN about the event in a Q&A published the week before; read it here.

The physical album will get a physical release on Thursday, Dec 22 at Reverb Lounge. Performers include The Dilla Kids, Greco, Delreece, Mola-B and Fr!day. RSVP here.

Hear the album’s most recent single “Do This Right” below:

The Lincoln rapper has collaborated with local producer Phantom Janitor for his latest EP Sleep Meets The Janitor, which also features guest appearances by VERZE and Abe the Griot. As an emcee, Sleep is again calm and collected in delivering lyrics that boast his own self-affirmation, and with his latest collaborator’s taste for lo-fi soul, it floats across all the more smoothly.

“I started this collective in hopes of gaining more support for the unspoken hidden talents the city has to offer in terms of the Hip-Hop Culture,” Sleep says.

Hear Sleep Meets The Janitor below:

Rounding out a packed Wednesday is new releases, Lincoln rock band Smith’s Cloud has dropped a new video for its single “It Gets Better.” Currently the duo of Evan Todd and Travis Bossard, Smith’s Cloud has been recording throughout the past several months at Lincoln’s The Grid Studios.

“It Gets Better” will appear on that forthcoming album. Dreamy and spacious, it recalls Radiohead’s “No Surprises” both sonically and in the context of the video’s imagery. Todd elaborates:

“We saw potential for the video to reflect the general idea of positiveness and hope, but within the context of our channel-surfing, media-saturated culture. We’re confronted with lots of different ideas/images every day. Some sad, some funny, some frustrating… and the general pace in which we ingest these things can be alarming.”

Plan your evening and weekend in shows with our statewide calendar here.

Artists/bands: working on new music, planning an album or tour or have additional news to share? Email us at news@hearnebraska.org.