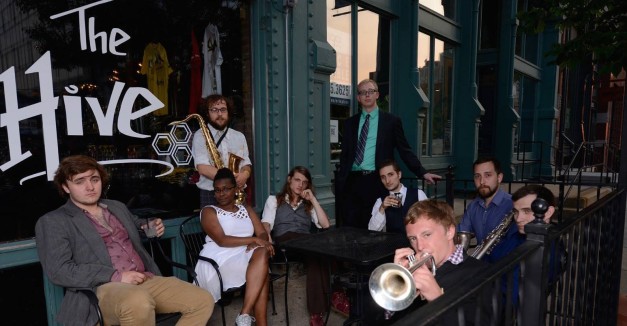 Funk Trek announced an 11-stop Western United States tour today. The funk group kicks off with a Sept. 5 show at The Hive in Omaha.

On Saturday night, Funk Trek closed out the second night of Power and Progress Festival on the main stage in Columbus, Nebraska.

Here’s the complete list of dates for the group:

Streets Alive! is an outdoor event, south of the capitol building, that promotes healthy living to all demographics. This year’s event will feature more than 100 exhibitions with four entertainment sites along a two-mile route. The open slot for performers is from 2-5 p.m. on the steps of Everett Middle School in Lincoln’s Near South neighborhood.

The Lied Center for Performing Arts will host a two-night showcase of Nebraska performers across a variety of disciplines. Celebrate Nebraska, the Sept. 4-5 showcase, begins at 7 p.m. both nights, and is free and open to the public.

More than 40 artists applied in February, and 12 were selected for this week’s performances.

Omaha hip-hop group Purveyors of the Conscious Sound have released a music video for their track “Never Dope.”

The Broonamite Productions-directed video features a disorienting walk through the woods and a writer, perhaps with a tenuous grasp on reality, secluded in a cabin.

The video was filmed in the mountains in Colorado.

In July, the group premiered a video for “Neon” on our site.

Pop-producer and singer-songwriter How to Dress Well plays The Waiting Room in Omaha tonight with Omaha duo Routine Escorts.

How to Dress Well’s June release What is this Heart? garnered near universal critical acclaim for its smart and innovate pop production, where sole member Tom Krell meticulously blends across-the-board pop music to an ambient, sweeping effect.

The $15 show starts at 9 p.m. Tickets are available here.