[Editor's note: Derek Munyon writes for his blog We Are All Portals and conducts interviews with various members of the music community including Kill County's Josh James, Darren Keen and with Simon Joyner here. Joyner's latest album, Ghosts, will be released on Aug. 14.]

Simon Joyner is a living legend. This folk singer-songwriter has been one of the most influential artists from our little slice of the world, and there's no denying his importance to the local music scene. He was kind enough to take the time out of his busy schedule to answer my questions on his art, influence, new double LP and more.

We Are All Portals: How did you get started playing music?

Simon Joyner: I started writing songs in high school. I had been going through my father's record collection and found I was too intimidated by Bob Dylan and Neil Young, but I was encouraged by the Velvet Underground, for some reason. Dylan seemed to be channeling something otherworldly, you know. It didn't seem like skill or work but something magical.

The Velvets were primal and of the moment in a way that turned something on in my brain and let me know it was OK to try and do this. Of course I was wrong about Dylan, what he was doing took work and revision and honing of skills, just like anything else, and what the Velvet Underground was doing wasn't any easier either, but I'm talking about perceptions and permission.

For reasons which don't make rational sense, the Velvet Underground gave me permission and Dylan didn't seem to want anyone trying to do what he was doing. 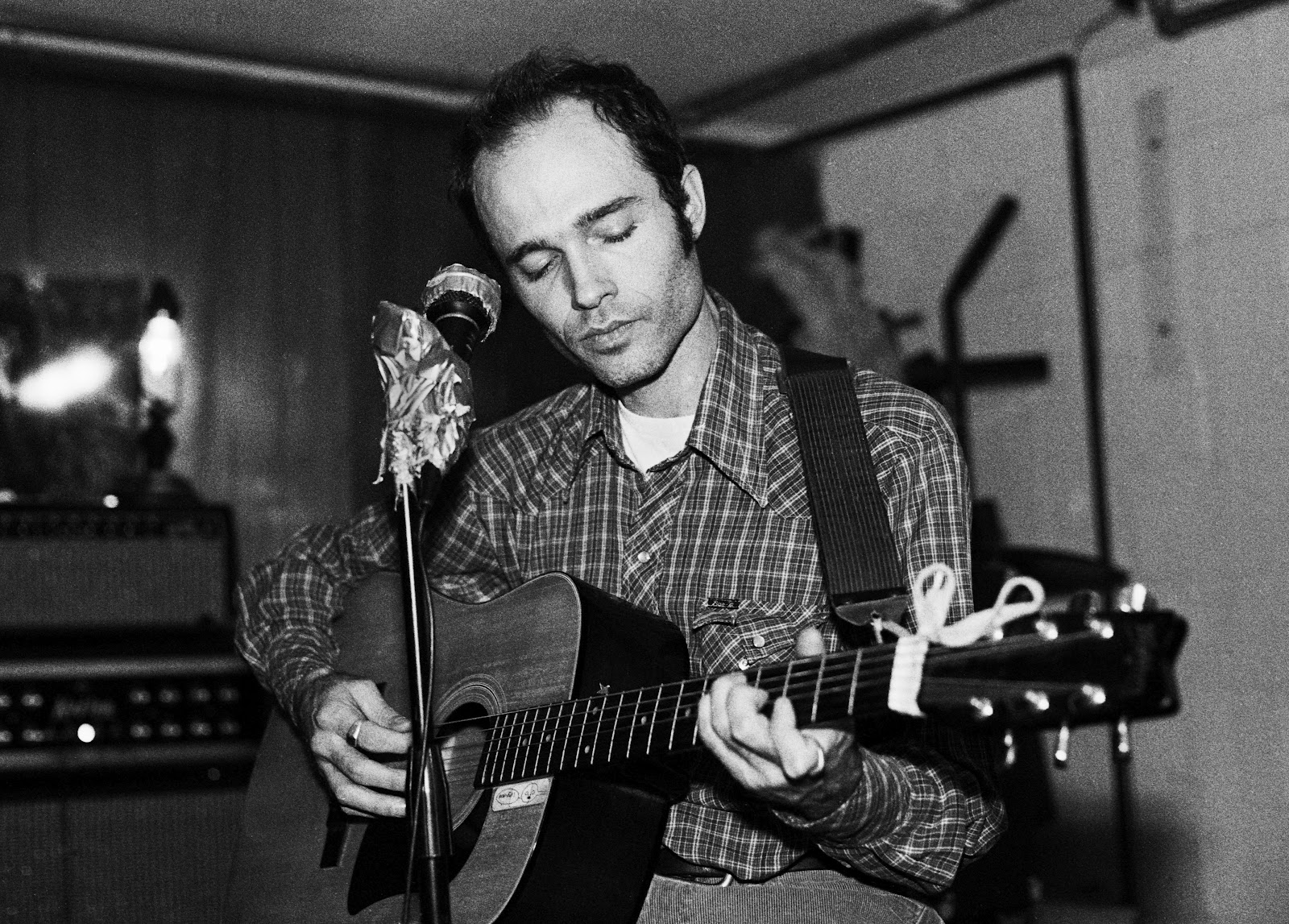 WAAP: You’ve influenced many musicians. Who are some of your major influences?

WAAP: What about Nebraska drew you here and made you stay when you could have easily moved to another area with a bigger scene?

SJ: Well, I love Omaha. My parents were from a small town in Alabama and they moved to New Orleans and had me there, but my father joined the Air Force when I was a pretty young and that took us to Biloxi and eventually Omaha where I lost my accent and became a midwesterner.

It's a great place to live so it's hard to leave and I don't really feel any strong pull from anywhere else. I get to travel quite a bit and there are many cities I love to spend time in. If I didn't get to travel, maybe I'd imagine that I'd be happier elsewhere but since I do see a lot of places, I think that urge to get out of Dodge isn't as strong in me as it is in others.

Omaha moves at a good pace, and it's unpretentious and unaffected. It's cool without being self-conscious about it, and I like that about towns as well as people.

WAAP: Do you have any comments on your role as the “godfather” of Omaha music?

SJ: I don't really know anything about that. I'm just toiling away doing my thing like everyone else. I've just been at it a little longer than some. I think that mostly got started because Conor mentioned me as an influence on his music. It's nice of people to want to give me some kind of special credit for something but really, I only wrote my own songs so I can't take credit for anything but my own stuff.

WAAP: You recently played your first show in Lincoln in quite some time. Why did you stay away so long, so to speak?

SJ: I guess I felt that it didn't really make sense to go to Lincoln and have to drive back to Omaha at two in the morning to go to sleep, you know?

I like Lincoln but I just figured people who really wanted to see me might drive to Omaha to see my shows here since it's so close. It's a little different to play a show, you end up having to stay much longer with load-out and waiting to get paid, etc., that you don't get back home until the middle of the night.

But I had a great time playing in Lincoln and maybe if something gets offered like that again I'll do it. I have a West Coast tour in the works so maybe I'll ask the booking agent to set up a show in Lincoln on the way out of town.

WAAP: How do you build up your songs?

SJ: I write down a phrase or an image and play with it in the notebook. Some of that work leads to lyrics to a song. Then I mess around on the guitar playing different progressions and throwing in some of those lyrics to see if anything works well together. It's a see-saw process.

I end up changing words to fit the music and changing the music to fit the words until there's a song there. That's basically how it works. A lot of revising. It's rare that song falls out of my head onto the page just right.

I know people who never revise anything they write and unfortunately, it shows. A good idea can be made much better with some work.

WAAP: What inspires you lyrically? 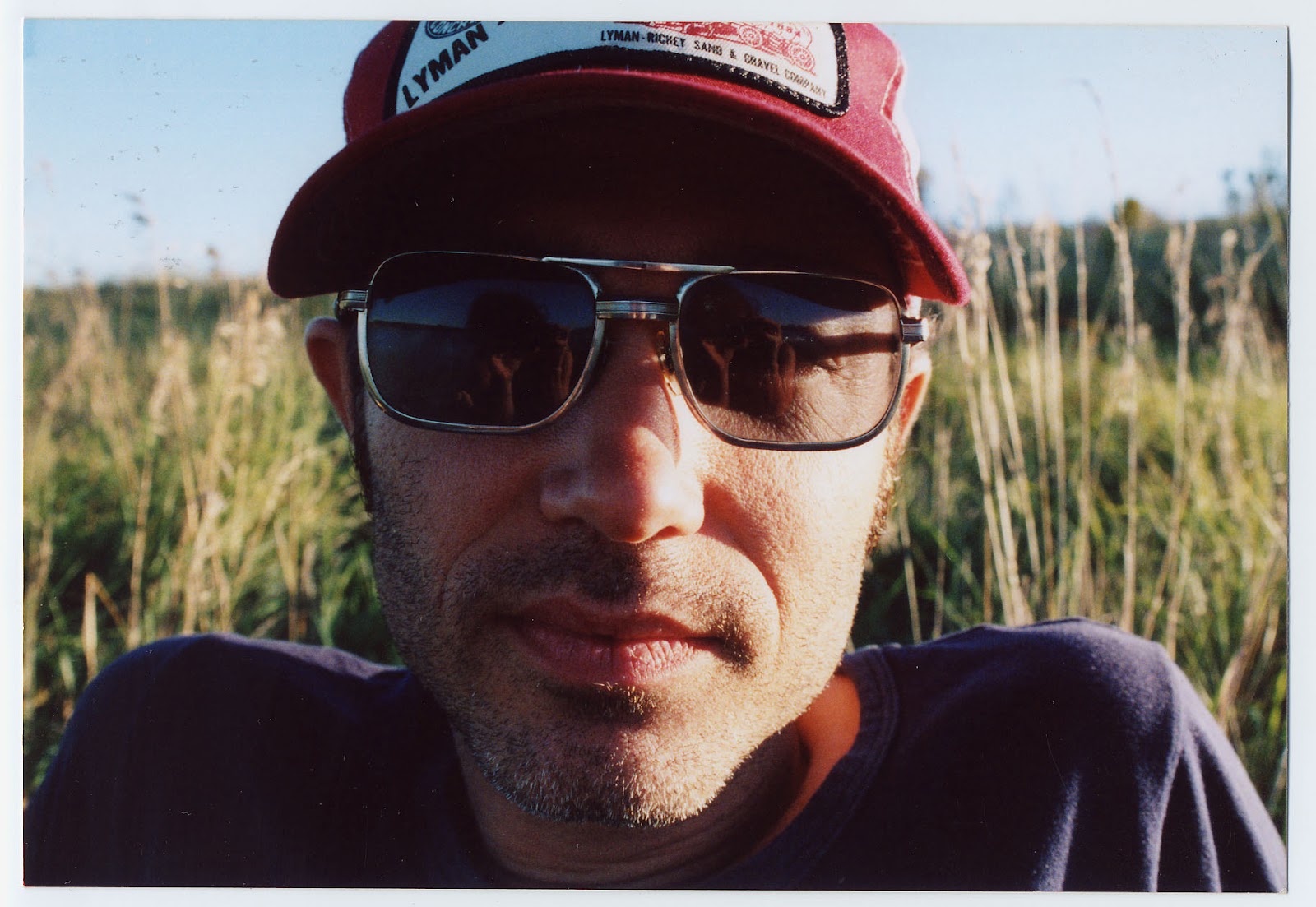 WAAP: Your Kickstarter campaign to fund your new record was a success. Do you think a way for artists to fund self-produced material such as this says something about the future of the artist/label relationship?

SJ: Perhaps. I think it makes it easier for artists who do want to handle all of that themselves to do it and essentially pay themselves what they'd be paying the labels to take care of for them by taking the greater share of the profit. But it's a lot of work, too, which is why the labels take their share ordinarily (as they should).

I'm in a good position because I have a fan base willing to support my work, but I'm not so popular that it's too much work for me to handle on my own, if I want to do it. The reason I used Kickstarter for this new album is that it was a double album and I had specific ideas about packaging. A double album is very expensive and not a great idea for a label to invest in for an artist like me. It takes much longer to break even on this size project.

So, I thought I'd see if my audience was interested in taking on that role of financing an art project. It's a lot easier for a few hundred people to pitch in small amounts than for a label to front the whole amount and not see a return for a year. But my next record will likely be a single album and I could see doing that with a label again. I just didn't think it was very fair to ask a label to do this one because it was going to be so expensive and the audience for it is limited.

WAAP: Your songs involve characters and a lot of human depth, what topics are covered on the new album?

SJ: I lost some friends over the last few years so there are some songs dealing with different aspects of loss as well as general life and death themes from various perspectives. There are songs about relationships in crisis, as usual. The difficult life stuff is the most interesting to write about.

WAAP: How did The Grapefruit Record Club start?

SJ: I had an idea to have a subscription-based record label that would put out four records a year, one every three months. The idea was that it would be like the old Sub Pop singles club but instead of singles, full-length records. All the records would be limited to a few hundred copies so we wouldn't ever be sitting on unsold stock and bands would get paid for the whole pressing, regardless of sales.

I pitched the idea to my friend, Ben Goldberg, who runs Ba-Da-Bing Records and he thought it was a great idea and said he'd love to partner on it. So, we went with that basic premise, and it went well the first year but we realized that the subscription-only aspect of it was keeping some people away. It was just too much to have to buy four records at once if you were only interested in one or two.

So, for our second year we've made it possible for people to subscribe at a discounted rate or they can buy the albums individually as they come out for slightly more per record. This enables us to continue to include unknown artists in each series, part of the original concept. The popular bands help pay for the bands whose music is not yet known.

WAAP: What benefits do you get from a limited, subscription-based club over a full label with a regular catalogue?

SJ: Well, Like I said, you don't sit on unsold stock because the pressings are limited so you can put out the series and move on to another next year. You don't have to keep titles in print and you don't have to wait for records to break even before you pay your bands. You also don't distribute the records to record stores so you're selling all the copies at retail, none at wholesale. That helps a lot.

SJ: My new album, Ghosts is not on Grapefruit. I resurrected my label from the '90s, Sing, Eunuchs!, to release this album. It doesn't really exist as a functioning label anymore but I'm self-releasing the record so I thought I'd make a nod to my early records since I approached the recording of this album in the same way I made those early records on Sing, Eunuchs!

It's recorded in a warehouse with lots of bleed and we just messed around and experimented with sounds because we weren't on any recording schedule. It has a similar quality to some of my records like The Cowardly Traveller Pays His Toll and Songs for the New Year and Heaven's Gate.

WAAP: Who are some of the most promising Nebraska bands you’ve come across?

SJ: I like The Yuppies a lot, and David Kenneth Nance's Let's Argue debut cassette really blew me away. L. Eugene Methe and his various incarnations are always great, too. We have a lot of great bands in this town and new ones sprouting up all the time. I gotta get out more to properly answer this question, though. I don't feel very qualified to comment on it right now since I've been a shut-in, working on my own crap this last year or so.

WAAP: What advice would you give to a musician starting out?

SJ: Always marry for love, but it helps if they also have money because you won't.

Derek Munyon runs the We Are All Portals blog, which is also on Facebook, Twitter and Tumblr. This interview was conducted over email in April and May.