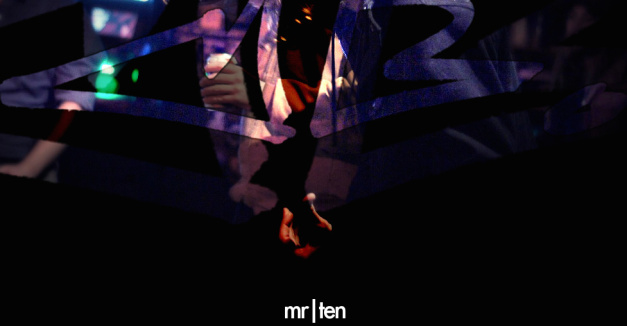 By Sept. 2004, Howie Howard had grown weary of hitting up the same friends and family members to buy his music.

At the time, Howard was playing in the band Howie & Scott (started in Crete, Neb., before Lincoln), which had released its third CD. The part of the album/EP release cycle in a local scene that bothered him the most was trying to sell it.

This past September marked the 10th anniversary of Howard launching his label, Mr. Furious Records. Influenced by DIY collectives like Lincoln’s Suckapunch Records and Minneapolis’s Doomtree collective, Howard launched the label in Sept. 2004 as a means of distributing its recordings as seamlessly as possible, without the added economic pressures.

Though founded in Nebraska, the label itself has never been a brick and mortar building; it’s an online community through which its artists can release and promote music with relative ease.

What was at first merely a handful of artists has since grown to more than 20 distinct acts — some who share members — from as nearby as Lincoln, Hastings and Kansas City, Mo., and from as far as New York and San Francisco. The roster has included bands like The Golden Age (guitarist Rob Hawkins, bassist Ian Aellio, drummer Tim Jensen), White Air, Panda Face, Sally Ride, Beach Puppy, and Howard’s bands Mars Lights and Howie & Scott. Many of them also record solo material, including Timothy Scahill and Scott Morris.

Howard, now a resident of Kansas City, has taken on all kinds of projects, supporting the label’s musicians with everything from blog posts to music videos. Mr Furious has released more than 40 albums of varying genres since its inception.

To commemorate the 10-year anniversary of founding Mr Furious Records, Howard says he wanted to collaborate with his labelmates to create something special.

He says he’s not sure when the idea originally occurred to him, but he was interested in covering one of his favorite songs, “Nature vs. Nurture” by Beach Puppy, of which his friend and former band mate Cory Kibler is a member.

One idea sparked another: he thought about what he’d like to hear if he asked other musicians on the label to cover each other’s songs. So, this past spring, he sent out some invitations.

“There was a shared spreadsheet with artists, song ideas, recording status, and everything,” Howard says. “Giant nerd here.”

Some of the Mr Furious artists responded with suggestions, while others asked for recommendations. Howard thought about the style and genre of each artist/band and tried to choose songs from the other end of the spectrum.

“Mostly, I wanted radical reinventions, and that’s what we got,” Howard says.

By the start of autumn, he had a 12-song compilation of internal covers. MR|10 was released unceremoniously on Sep. 21, the label’s 44th release since its September 2004 launch. For MR|10, Howard is in the midst of completing a blog post that analyzes each original song alongside its newly minted cover.

The experience of hearing an extensively produced White Air song recast and stripped down to acoustic guitar and vocals isn’t the only unconventional feature of the compilation. Mr Furious is selling the record on a pay-what-you-want basis. All proceeds from the album are going to the American Cancer Society, and Howard is currently tracking their progress on his blog.

Howard says that he is constantly working on a distribution model that best fits the Mr Furious label and its artists, whether its setting a price, allowing the consumer to do so, or simply giving it away for free. He is currently experimenting with a “buy one, get one” option that will allow purchasers to share music with a friend without pirating it.

“I’d love to buy the new Yob or TV On The Radio record and be able to share that with somebody for free,” Howard says. “So that’s what I’m trying to give listeners.”