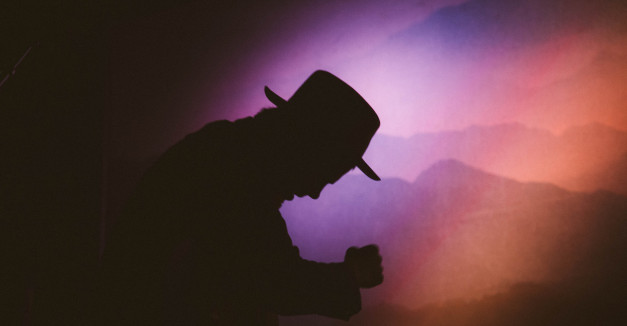 Faraway cicadas slip through an expanse of harmonies. Wisps of violin hover past like fading clouds above the steady clip-clop of guitar.

It could be the heat, still weighing down upon you in the late afternoon, but maybe it’s the music that’s forming waves in the air. Through it all, you can almost see the look on his face as he asks, “To the ends of the earth, would you follow me?”

Now, this is the fictional earth of novelist George Ranger Johnson‘s mind. And if you pull the camera further back, you’ll reveal Lord Huron‘s chief songwriter, Ben Schneider. But what good will it do the music if you don’t dive headlong into the world it creates?

Through a series of narrative, pulp Western videos, conceived in tandem with the Michigan-by-way-of-Los Angeles band’s debut, Lonesome Dreams, Schneider and company help light the way. Covers and pages from the book series Johnson “wrote” from the ’60s through the ’80s further build the world.

And as tourmates Escondido guess, perhaps it’s where we grow up that gives us reason to believe, reason to travel to places beyond our reach in reality.

“I think being from the Midwest, you always dream of seeing the world and being other places,” says Escondido’s Tyler James, who talks about his roots in Iowa below. “I think making a record that has a Southwestern vibe to it is almost that: It’s almost reaching towards this mysterious thing you have in your head.”

Tonight, Lord Huron and Escondido create a new landscape at Slowdown in Omaha. Before you go, listen to our interview with Schneider, who credits Bruce Springsteen’s Nebraska with first showing how to develop a soundscape. He details how he and his band of longtime friends can communicate music through phrases such as “elephants stomping.” 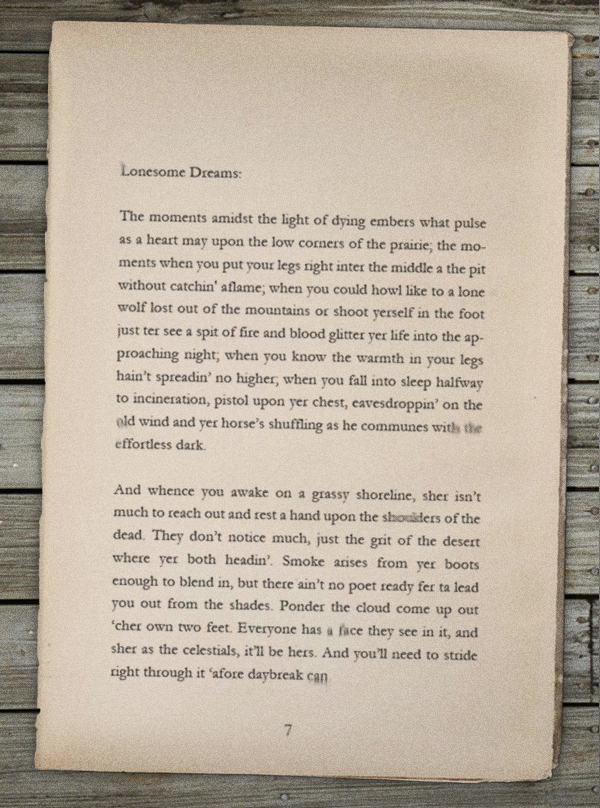 Chance Solem-Pfeifer is Hear Nebraska’s staff writer, and Michael Todd is HN’s managing editor. They both pine for the places in these songs. Reach them at chancesp@hearnebraska.org and michaeltodd@hearnebraska.org.