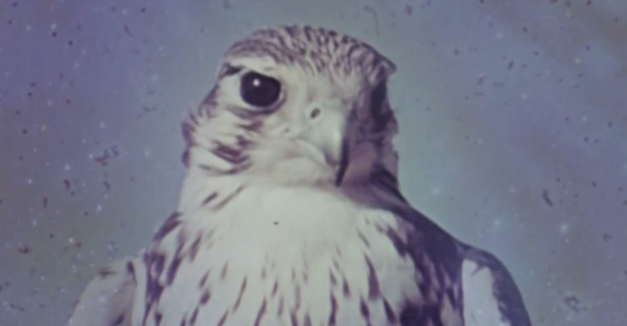 On a thoughtful morphine drip of an album, the song “Help” stands out for the sounds of warping and scraping metal behind Jake Bellows’ soft lilt. In reality, it’s probably guitar feedback, but there’s a very audible way in which this song is in pain.

Released last year on Saddle Creek, Bellows’ New Ocean is brimming with ideas in the micro and macro extremes. Like how the most elemental frequencies of the universe shape us. Or how we ought to meet the apocalypse head on and holding hands. Surrounded by beautiful and billowing songs, “Help” comes off as more of a self-check. It points at the darker side of discovery, the isolation that comes with relinquishing an old world view.

“I’m running to the throne / I’m screaming / but I’m all alone,” sings Bellows.

Just like the video for “New Ocean,” which came out earlier this year, this outing is shaded by morgans brother‘s distinct visual influences. It appears part-drawn from dusty ’50s nature films, but rigged with title credits and swirling planets that recall a twee puppet show. Fitting of any visual representation of New Ocean, perspective and scale are turned on their heads. Microscopic organisms swim next to cow skulls. Entire galaxies swirl in small caves.

Before releasing New Ocean, Bellows was the longtime frontman of Omaha stalwart Neva Dinova. That band will reunite on Dec. 23 at Slowdown on a billing with Twinsmith, Outlaw con Bandana and Both. RSVP here.

Now, here’s the premiere of the “Help” music video: