Deep, yellow beams of light adorned The Waiting Room’s stage as the two Swedish sisters swayed in their metallic dresses before a shimmering backdrop, all keeping with the theme of their new album, Stay Gold.

Johanna and Klara Söderberg carried their golden motif throughout a 15-song set while they played for a sold out crowd at The Waiting Room as part of their North American tour. The show was a return visit for the sisters who recorded their new album in Omaha, as they also did with The Lion’s Roar.

Like the metal they worked to exude, First Aid Kit’s songs are simultaneously intricate and accessible; all at once powerful and delicate. As each of the band’s albums becomes more ambitious than the last, the grandeur of pretty sound grows while the depth and edge of their lyrics deepens. 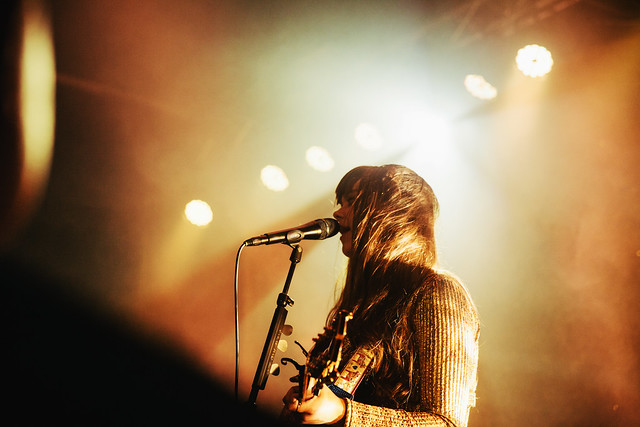 Monday’s set was a balance of old and new works along with two covers of gratitude and while still filled with crowd-pleasers, it also offered some narrative bite.

As heard from the seemingly positive audience reaction, Willy Mason was the ideal opener for a band whose sound also induces a nostalgic feeling.

Mason, a New York-based singer-songwriter with a voice like a young, delicate Johnny Cash and a decade of music under his belt, played a nearly 40-minute set.

Like First Aid Kit, Mason has Omaha connections. Mason was, for a time, signed to Conor Oberst’s record label Team Love Records amidst many local artists.

By the time Mason’s set was finished, nearly the entire front half of the venue was packed. People of all ages were present, especially those nearing middle-age. All were drawn to the impressionable, timeless folk sound that First Aid Kit creates.

At exactly 9 p.m., Johanna and Klara Söderberg, drummer Niclas Lindström and multi-instrumentalist Melvin Duffy creeped out onto the stage. In the moments that followed, amber light flooded the room as the band began playing in their awe-inspiring moment.

With her guitar and booming voice, Klara began singing their new song, “Shattered & Hollow,” before being joined by Johanna in tightly-wound harmonies. Though pretty and pleasing in a typical First Aid Kit way, the lyrics were darker and more personal-feeling than most on their previous albums: “But I’d rather be broken than empty. I’d rather be shattered than hollow.”

The band followed their opener with “Blue” and “King of the World,” which features Oberst in the studio version.

Though the sisters made no comment about their recent vocal work on Oberst’s newest album, Upside Down Mountain, the band acknowledged their Omaha ties multiple times throughout the night. The sister’s gave a shoutout to the producer of their past two albums, Nebraska musician Mike Mogis, and to the location of their album’s recording at ARC Studios. 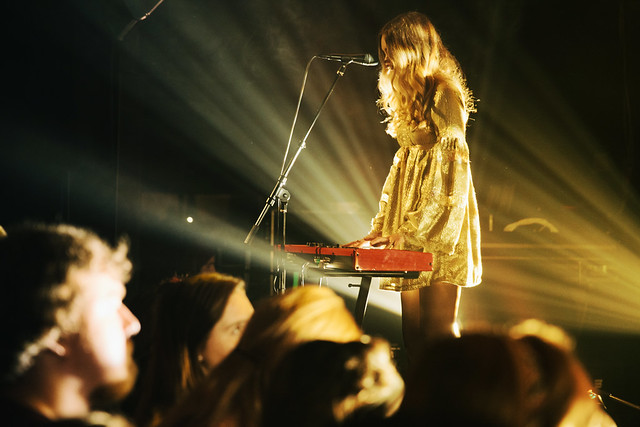 The majority of First Aid Kit’s concert featured grand arrangements, an element that was also showcased most notably on their latest record. Beautiful and glistening, their gold-like sound combated the duo’s darker lyrics.

Halfway through their set, the sisters joined at center stage and announced they would sing a song without microphones and the rest of the band, should they receive cooperation.

The duo asked for silence from bar crowd and encouraged the audience to test their musical ability and sing along. In a matter of seconds, a hush fell over the venue as only the occasional clinking glass distracted from the band’s ballad, “Ghost Town.”

It’s a rare and special thing when the entire venue, even those lingering by The Waiting Room’s bar, become silent. Though “Ghost Town” is not from either of First Aid Kit’s most recent albums, the audience still seemed to find the words as they softly, yet confidently, sang along.

After politely thanking the crowd and returning to their separate sides of the stage, the band brought back their gilded theme with their first single of their new album, “Silver Lining.” 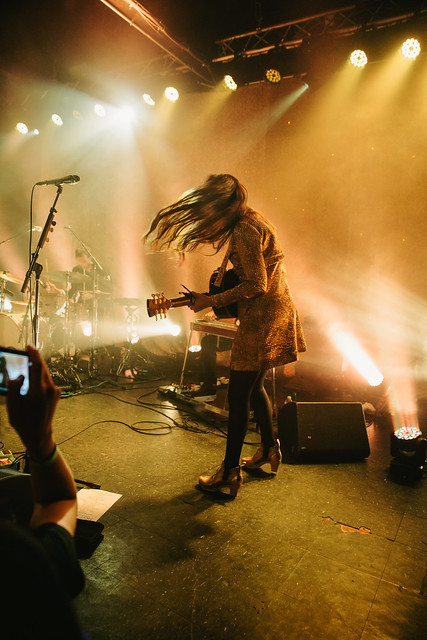 First Aid Kit’s folk, country-rock sound is obviously influenced by artists of the past and those who have mixed those sounds in more recent times. The band brought these influences into direct light with covers of both Bob Dylan’s “One More Cup of Coffee,” and Simon & Garfunkel’s “America” (a cover that has the approval of Paul Simon himself) towards the end of their set.

The harmonized cover of Dylan’s song proved to be one of the most high-energy songs of the night, while “America” was given the grace and attitude of the original.

After giving an encore with “America” and the new, “Master Pretender,” the quartet finished their Omaha show with their popular Lion’s Roar ode to famous country couples, “Emmylou.”

“Stockholm’s cold but I’ve been told I was born to endure this kind of weather.”

Through heartbreak and existential woes, First Aid Kit’s set suggests there is one thing to do: Stay gold. 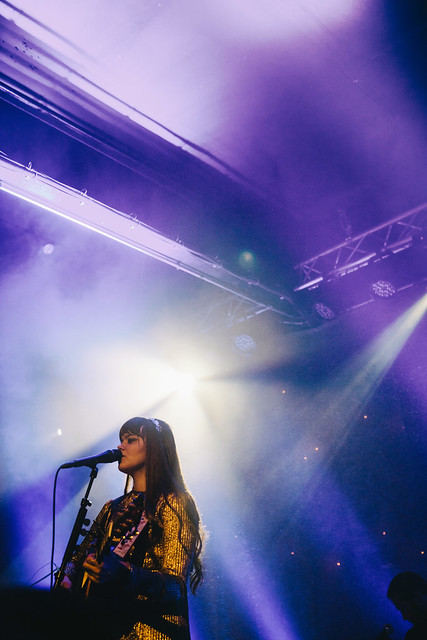 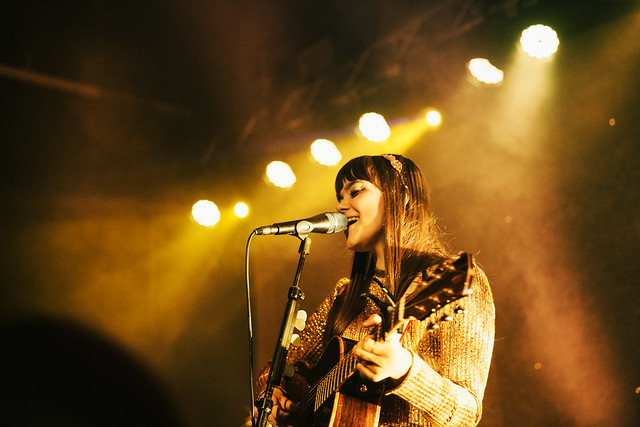 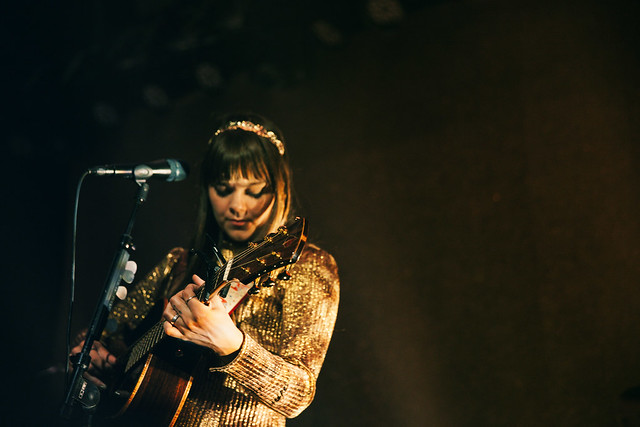 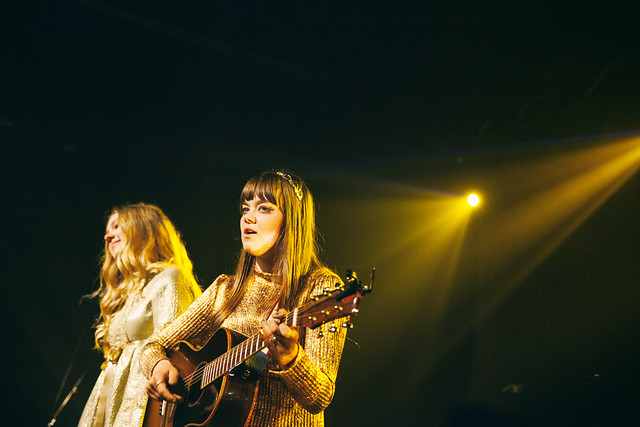 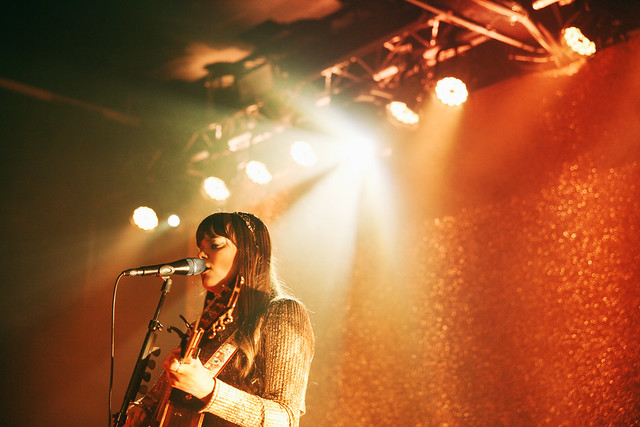 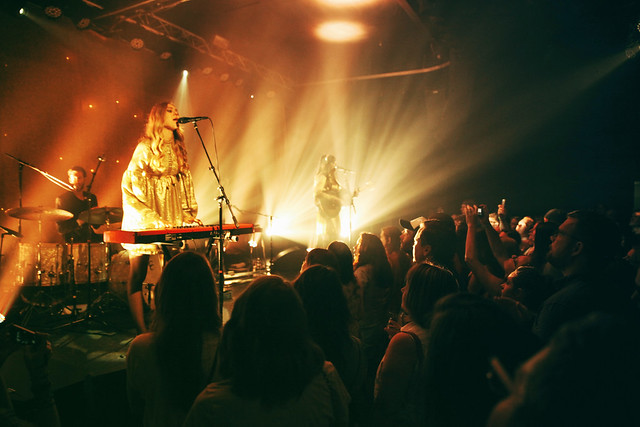 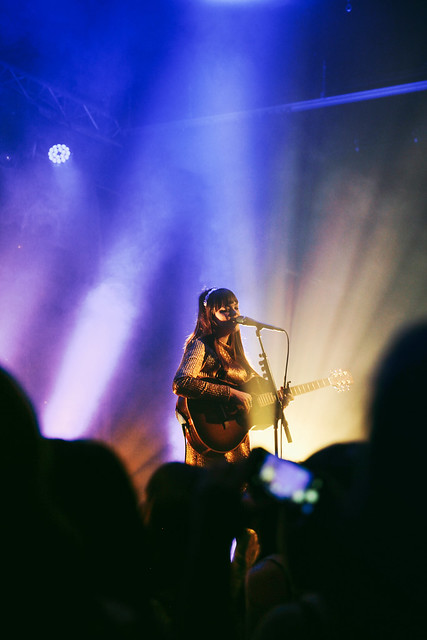 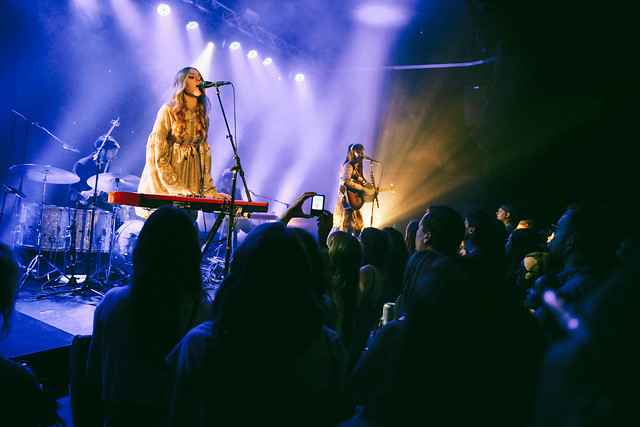 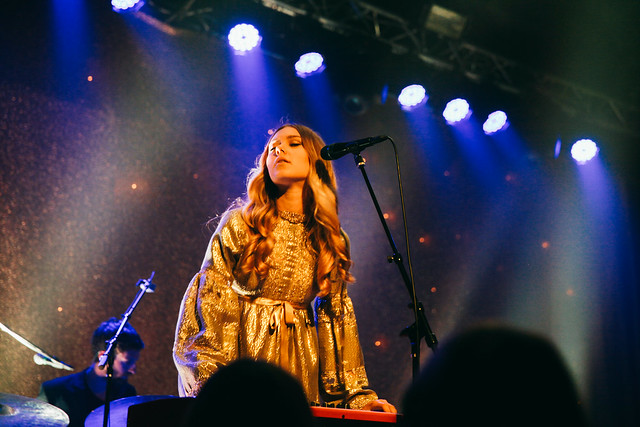