It was almost as if they were in their own universe.

On Wednesday night at the Slowdown, The Entrance Band took the stage and immediately established themselves as being other-worldly. The Los Angeles-based spacey, indie-rock band performed as if there was no one watching them, like an invisible wall existed between them and the crowd. Barely speaking or looking out into the crowd as they danced and twisted around stage, the band had a certain mystique to them. They were mysterious, as in, “Maybe if I stare at them long enough, they’ll look back at me.” Good luck. It was not to be.

Omaha band Millions of Boys started off the night with their high-energy mix of punk and indie-rock music followed by Seattle-based surf-rock band La Luz. From the start of the show, the concertgoers appeared passive. Most were anchored to the bar of the Slowdown’s front room, and while both bands were energetic, the most response they got from the crowd was a nod or handclap. It seemed almost as though the crowd was saving their energy for the closer. 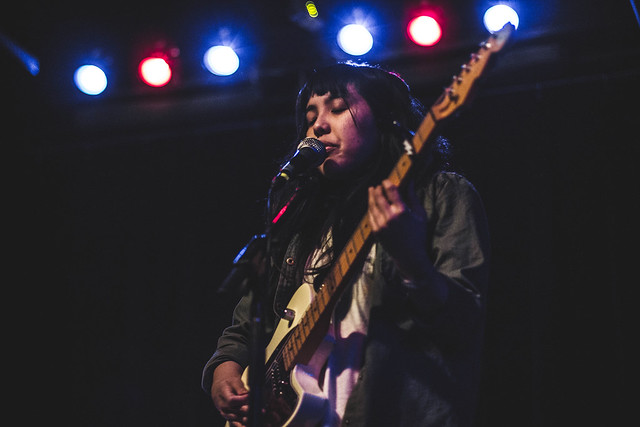 (above) Sara Bertuldo of Millions of Boys 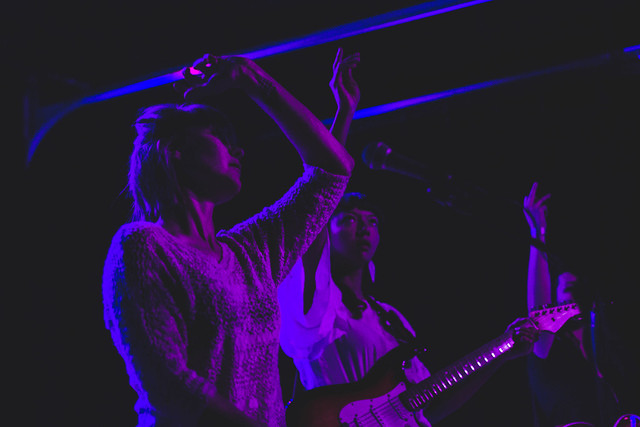 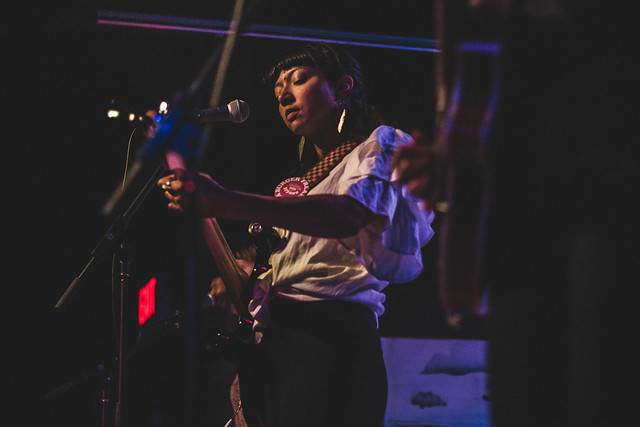 When The Entrance Band tourmates La Luz, the second band of the night, was nearly done with its set, more of the crowd began to gravitate toward the stage, knowing what was next. La Luz vocalist Shana Cleveland foreshadowed, “The Entrance Band is up next, they’re one of the greatest bands you could ever hope to see live.”

Just as Cleveland predicted The Entrance Band, exploded out of the blocks from the moment they took the stage and didn’t let up until they crossed the finish line of their 10-song set.

The band opened with “Fire Eyes” as singer and guitarist Guy Blakeslee, clad in a white pinstripe shirt with a red vest, sang warmly yet assertively, “Look into your fire eyes.”

The band’s sound melds complex, echo and phaser-effected guitar riffs over strong bass playing and thunderous drums that kept the beat of the song going in your chest as well as the speakers. The set became an all-out sprint, the 100-meter dash to the night’s track meet. 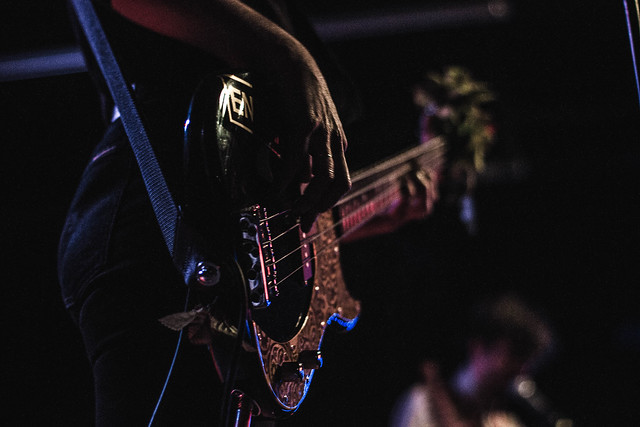 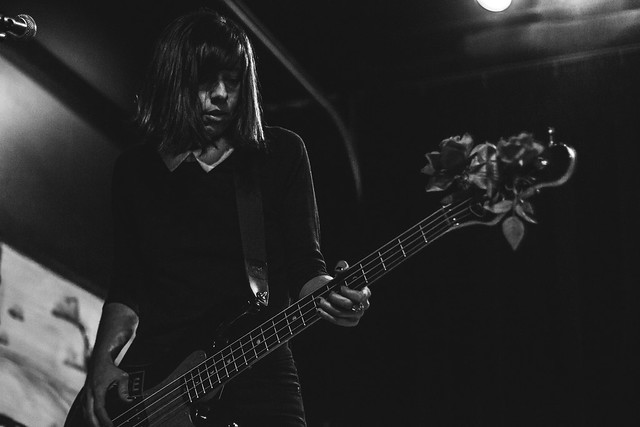 Throughout the set, the once indifferent crowd became more and more animated. Heads started to move back and forth and bodies started to sway. People started dancing and the awkward front-of-stage bubble disappeared within a few songs.

In contrast to their no-nonsense lack of stage banter, each member of The Entrance Band had his or her own trick of the trade on display during the show. Blakeslee played a right-handed guitar with his left hand, bassist Paz Lenchantin (who’s played with Pixies and Zwan) wove a large rose into the strings on the headstock of her bass and drummer Derek James used a maraca as a drum stick throughout a few songs.

What stuck out most during The Entrance Band’s set was the absence of breaks or talking between songs. While the two opening bands took time to tune their instruments or converse with the crowd, The Entrance Band was all rock, no talk and played their whole set almost entirely straight through. The longest break came toward the end of the set between the songs “No Needs” and “Back in the City” when each member took a breath for a mere 20 seconds to drink water and for Blakeslee to simply say, “Thanks a lot.” 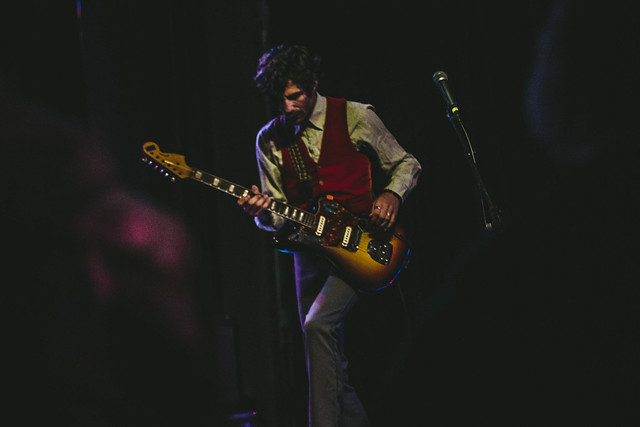 The band’s set was heavy on songs from their fifth and latest release, Face the Sun, and also featured a cover of Love’s “A House is Not a Motel.” The band played  fan favorites from the album, such as “No Needs” and “The Crave.”

In what seemed like no time, the band reached their final song of the set. Blakeslee declared very simply while not breaking his shy, non-conversational form, “This is our last song, thanks.” The band then immediately busted into the set’s closer, “Fine Flow.” Blakeslee gave his last bit of performance energy and spun around in circles like a ballerina while playing the intro to the song.

The set closed with an extended, seemingly improvised outro to the song and the band finally gave the crowd a chance to breathe. But, of course, it was on their terms, when the show was over.