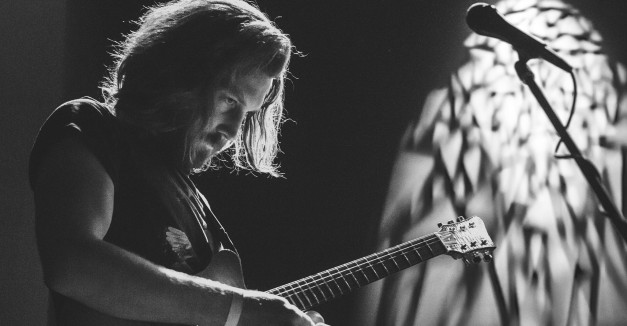 In large part, what you find in Bus Gas songs are the things you brought there.

What’s left, though, as you sink into the song, is you: the faces of your family, a sticking image of monks chanting in terror, the feeling there was something you were supposed to do ten years ago you’ve forgotten every single day since. Bus Gas just brought you there, with stunningly delayed guitar and bass work from Jon Augustine, Daniel Nickel and Eric Nyffeler. It drones, but perhaps more importantly, their songs disguise and transport.

You can always single out a Bus Gas suite or show for how long, how desperately wordless — and worldless — it insists on being, but no Nebraska band trades in tones more mysteriously affecting.

Snake Hymns, Bus Gas’ third album, is slated to be released on cassette later this summer via the Spring Break Tapes label.

Listen to the premiere of “Desert Swagger” here: