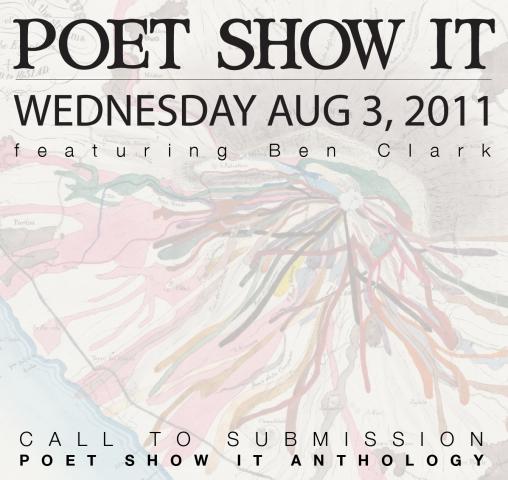 CALL FOR SUBMISSIONS
On August 3rd at the Bourbon Theatre, former Lincolnite Ben Clark is returning with a new book titled Reasons to Leave the Slaughter (released by Write Bloody Publishing), he will be joined by writer Colin Winnette of Chicago, as well as local writers Darren Keen, Timothy Scahill, and Travis Davis.

The same night, Perceptions From Nowhere (PFN) publishing is opening up for submissions to Poet Show It Anthology, a collection of writers and artists who live in or have lived in Lincoln, NE (black and white art submissions only). The night of the literary and musical smash at the Bourbon Theatre will mark the first day PFN will be open to submissions for its second full-length anthology. Writers can submit text or word documents to pfnideas@gmail.com.