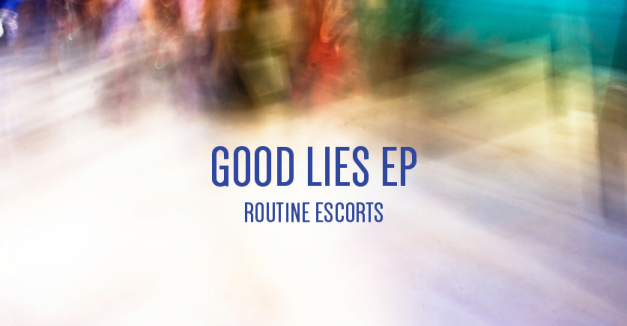 Tonight, Desaparecidos headlines the band’s first Omaha show in more than a year, capping off an impressive Omaha billing that thrives on the diversity of its lineup.

It’s been 12 years since the Conor Oberst-fronted punk band released its sole album, Read Music/Speak Spanish, on Saddle Creek Records. The band broke up shortly after the 2002 release and reunited in 2010 for a small handful of shows, then again in 2012 in earnest. Since then, Desaparecidos has released a handful of singles, each as politically frustrated in nature as the full debut album.

Guitarist Denver Dalley told us earlier this month that the band is in town to record a new full-length, set to release sometime next year, reportedly on Epitaph.

From a wider angle, this show is only the second in a winter-long sprint through long-time Saddle Creek bands playing Omaha. November kicked off with Orenda Fink closing her national tour at The Slowdown. Big Harp, The Good Life, Neva Dinova and The Faint each have shows closing out the year. In early spring, Cursive rolls through on its national tour.

Speaking of veteran Omaha bands popping up this winter, One Percent Productions announced yesterday that tickets to see Little Brazil at Reverb Lounge on Dec. 26 are now on sale.

Last week, when we premiered “Stop” from the three-track EP, I noted how it plays with a more driving energy than last year’s Grown-Ups. So far, the EP makes good on that promise.

The electronic duo says they’ll have some live dates soon, so stay tuned.

Indie/hip-hop fusion outfit AZP has spent most of November in the studio preparing a new record. Originally titled Full Moon, AZP emcee Ishma Valenti emailed to say the album is now called Red Moon and is slated for an early March release.

When they appeared on Hear Nebraska FM this year, the band told us the new record will likely trend more upbeat and find the band cutting loose, compared to the reverent sound of Summer 2013’s EP Early Sunday Morning.

Tonight, AZP plays its last show of the year at Duffy’s with Wasteland Hop. RSVP here.

Omaha’s Durham Museum has an open slot for performers for Saturday, Nov. 29, as part of their series of holiday performances.

So far, scheduled performers range from high school jazz bands to barbershop quartets to bell choirs. If you’re interested in donating your time on Saturday for a performance, e-mail Hoebelheinrich at bhoebelheinrich@durhammuseum.org.