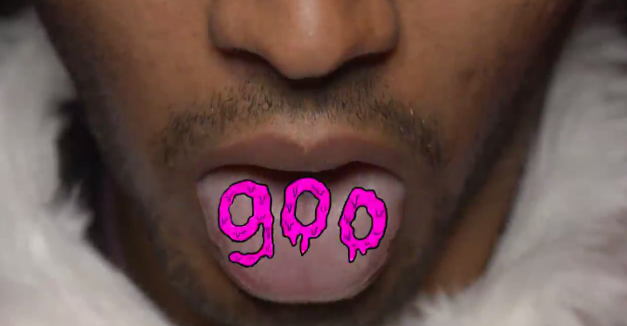 It’s a substantial weekend for comedy in Lincoln.

Tonight, local stand-up regulars Grants Parsons and Drew Bohlke have a send-off show at Vega before the two move to Los Angeles. The “Yes We Are Actually Leaving This Time Like For Real” show features a handful of local comedians, including Joey Zimmerman. RSVP here. The show includes a silent auction.

Zimmerman headlines his own show tomorrow night at The Bourbon, which doubles as his UNL graduation celebration. Parsons will perform along with a few other Lincoln-Omaha comedy acts. The show starts at 8 p.m. RSVP here.

We caught up with Zimmerman by e-mail to talk about the state of Lincoln comedy.

Zimmerman says that stand-up comedy has only recently become nearly as common as live music.

“Comedy requires people’s attention,” Zimmerman says. “Patrons in the bar realize that they have to be a little quieter, whereas people talk over the music all the time. Rarely does a band say something obscene that makes someone decide if they should leave or stay.”

He notes that an audience member may have one negative experience with local comedy and use that to judge all local comedy.

“If someone watches someone bomb at Duffy’s (open mic) night and then they leave, that’s their perception of local comedy,” he says. “We need to get people to actual shows that have been planned with seasoned performers. There’s great stand-up comedy in Lincoln and that needs to be celebrated.”

Where Parsons and Bohlke are heading to the epicenter of the industry, Zimmerman plans to hang around and help celebrate it. He says he wants to spend a couple more years in Lincoln growing the scene with things like a video series or comedy festival.

“Lincoln can be a fruitful place for comedians. All the right venues are there. It’s just about getting the people’s attention,” Zimmerman says.

To that end, tomorrow night’s show is cheaper for college students.

“I remember in this advertising class this one kid said he wished there was more stuff to do downtown,” Zimmerman says. “He wasn’t even aware of our growing music scene.”

There’s no doubt that comedy has become more visible in Lincoln this year. Standing gigs have expanded from Duffy’s Comedy Workshop (Mondays) to Zoo Bar’s Zoolarious (Sundays). Vega regularly hosts local comedy, as well, and tomorrow night The Bourbon is back in the act.

Supporting a diverse array of arts serves to make a local scene more interesting and engaging. Comedy can be as much a part of that as music and visual arts.

Yesterday, we wrote about the extended trailer for a Cog Factory documentary. If you don’t know, that’s the defunct DIY Omaha music venue. We reached out to director Kyle Benecke for more details.

Benecke says he’s been working on compiling stories about the venue for at least five years.

“To be honest, I just loved the Cog so much and thought it would be extremely fun and rewarding to go around collecting interviews, photos, videos and flyers and making a documentary for the people who cared so much about it,” Benecke says.

The film — which doesn’t have a release date yet — collects stories from all kinds of people who frequented The Cog Factory in its 1994-2002 run, including Simon Joyner and Gary Dean Davis of Frontier Trust.

Though he says he was sad the day the venue closed, Benecke doesn’t think The Cog Factory could have happened any other time.

“I think the Cog lasted for as long as it was supposed to,” he says. “Omaha, in my opinion, has a great music scene full of unbelievable talent and fantastic venues. I would love to have a ‘Cog’ type venue in Omaha, but I just don’t know what that would look like now. It would get shut down so fast.”

And while, by all accounts, The Cog Factory was a dirty (perhaps even dangerous) venue, it was still extremely formative to a lot of Omahans’ development.

“The fact is, to most human beings living in Omaha at the time, The Cog Factory was a loud, filthy, disgusting, literal hole-in-the-wall,” Benecke says. “And believe me, it was all those things. But for others, it was the greatest place in the universe. It was the place where they truly discovered music and it’s power.”

New Year’s Eve is coming up and if you’re trying to party in Omaha, Goo Year’s Eve might be the place to do it.

It’s the first Goo event since Halloween’s Boo Goo and the spirited DJ-driven dance parties always seem to pack the house. Check out the teaser video below.