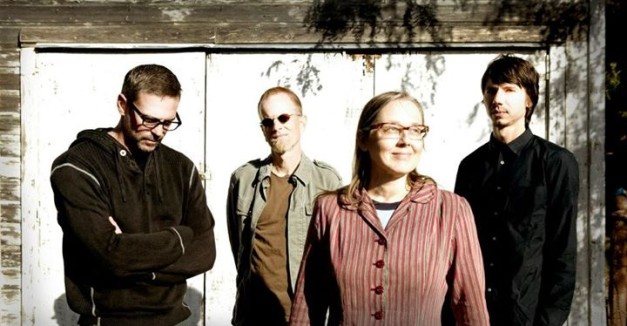 This is the official Facebook page of The Millions.

In 1989, The Millions formed out of the ashes of two popular groups from Lincoln, Nebraska. Greg Hill and Harry Dingman III came from the recently disbanded For Against, while Lori Allison and Marty Amsler joined from The New Brass Guns. They soon became Lincoln legends playing bars around the region, while claiming Duffy’s Tavern as their home base.

It wasn’t long before the band’s spacious-to-soaring songs, fronted by Allison’s spellbinding voice, began to attract the attention of America’s largest record labels. Polygram became the first major label to pick up a Lincoln band for more than 20 years when they signed The Millions and connected them with longtime Rush producer, Terry Brown. The Smash/Polygram album from those sessions—"M is for Millions"—was released in October 1991, along with the band’s first single, “Sometimes.” Only U2’s “The Fly”, the first single from "Achtung Baby", was picked up by more college and alternative radio stations that month, and the song soon landed in the CMJ Top 20. Their sudden popularity found the band in the “New Faces” feature of Rolling Stone magazine within six months of the album’s release. Before going into the studio to record their follow-up album they played packed halls from Las Vegas to Chicago.

Two years after M is for Millions, the band released the album "Raquel" on Dream Circle/Polydor, another Polygram label. In support of "Raquel" they embarked on a European tour opening for Sheryl Crow. However, in 1995, The Millions disbanded.

The Millions reunited to play a CD release show on December 1, 2012 at the Bourbon Theater in Lincoln, NE to celebrate the release of "Poison Fish" on the Randy’s Alternative Music label. This album was recorded in 1990, but has remained unreleased until now. "Poison Fish" is the first volume in a series of rare and unreleased recordings by the band. Another band has the legal ownership of the name “Millions”, so these recordings have been released under the name The Millions NE. Volume 2 in the series, "M is for Millions Sessions", will be released this year.