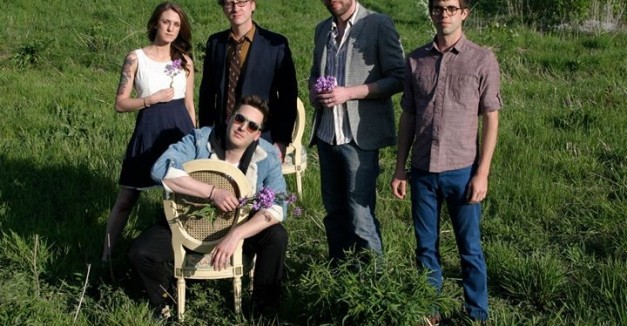 From Mansions to Dry Lake Beds – AVAILABLE on vinyl, via Greyday Records.

After walking away from Head of Femur's pioneering "hyperprog", where "every song is packed to the gills with sounds and melodies and countermelodies and detours and left-turn movements" (Pitchfork), songwriter and self confessed “maximalist” Michael Partington formed Shipbuilding Co..

Shipbuilding Co.’s debut album ‘Radios and Flying Birds’, was recorded low-fi and mostly solo in isolation in Taiwan. Upon returning to the states and to his community, Michael re-discovered the joy of co-creation. Shipbuilding Co. (as full band) have created a textured wall of sound featuring beautiful, lush, psychedelic rock songs that will make up the bands sophomore release, 'From Mansions to Dry Lake Beds'.

Influenced by historical world events and figures, 'From Mansions to Dry Lake Beds' features song titles like "Spanish Civil War", "There’s Nowhere Like it Here" and "Bikini Radio" a mini-epic regarding the experimental destruction of the Bikini Atoll.