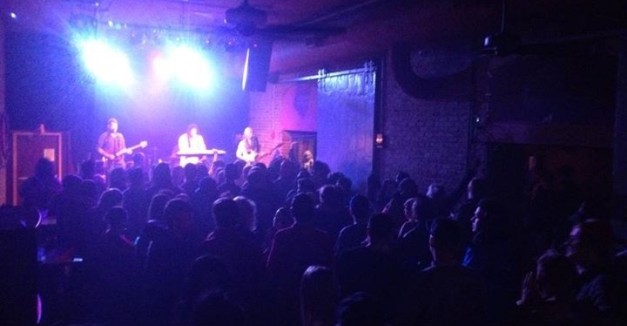 RHYTHM COLLECTIVE is an award winning band, the recipient of the OEA Omaha Entertainment Award.

RHYTHM COLLECTIVE is an award winning band, the recipient of the OEA Omaha Entertainment Award.

RHYTHM COLLECTIVE is the area’s only Caribbean voice, formed around the singer-songwriter talents of Joseph Mitchell. Joseph, a native of St. Patrick’s parish on the island of Grenada, has performed with a number of bands in his home country and been a featured entertainer on cruise ships throughout the Caribbean. Joseph adds rhythm guitar and keyboards to the ‘RC’ sound.

Bass guitar is handled by Frank Fong. Frank, a native of the island of Hong Kong, has performed with a number of bands in his home country. He is a muti-instrumentalist and composer whose skills and interests cut a wide swath musically and culturally. He has performed with the Blue Mangoes reggae band, the New Humans performing exclusively original materials, as well as many solo gigs. The band also performs some of Frank’s original works.

Brent Vignery has been playing drums for 20 years. For 20 years he has played in several bands mainly in the Kansas City and Lawrence, KS areas. Brent is currently a recent addition to Rhythm Collective playing in the Omaha area. Past bands include Duncan Hill Band, Russell Sawyer, The Used Cadillac’s, Boxley Brothers, and Nathan Brooks. Some of Brent’s biggest inspirations are Vinnie Calaiuta, Steve Gadd, John Bonham, Go-Go Ray, Stewart Copeland, and many more.

Born and raised in Omaha, Andrew Malashock has been involved in one way or another – recording or live performance – with some of the worlds most eclectic musical groups. He has shared the stage with acts like Blind Melon, distinguished jazz artists Jim Pugh, Slide Hampton, Pat Metheny and Randy Brecker, Rock Guitarist Virtuoso Michael Lee Firkins, Mannheim Steamroller and countless other rock, blues, country, singer/songwriter and Latin-based musicians. You can currently find him performing around Omaha with Rhythm Collective, Belles and Whistles, Sump'n Sump'n. and Orion Walsh and the Rambling Hearts.