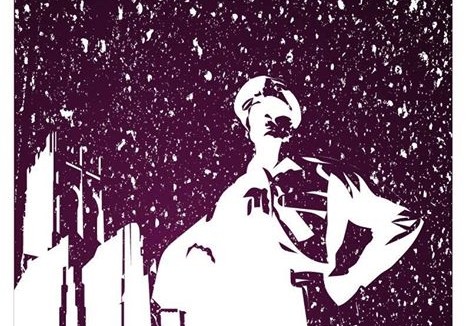 After returning from a 1 year hiatus, North of Neptune returned to the Nebraska Music Scene by playing a show with, Model Stranger (Chicago) & Stonebelly (Lincoln). North of Neptune crosses multiple music genres that reflect the diverse backgrounds of each member. Starting with Sitzman’s folk/blues/soul/rock songwriting foundation, the songs are brought to the band and expanded upon by each members contribution and musical background.
With the return of North of Neptune, came a new look to the band with the addition of new bassist Dave Boardman. Dave had previously played with Johnson in the band Grenades & Ham. North of Neptune is looking to springboard off of the February 25th show at Duffy’s Tavern and continue playing the Lincoln & Omaha scene. Follow North of Neptune on Twitter @NorthofNeptune & keep your metaphorical finger on the pulse of the bands happenings by visiting their website at www.northofneptune.com. To book North of Neptune, please email the band at northofneptune@gmail.com.

Founded by Vocalist Jason Sitzman & Guitarist Jared Headrick, North of Neptune has been a project in the making since 2009. North of Neptune originally launched into the scene in 2011 with Sitzman & Headrick backed by a tracking of Bass & Drums created and controlled by Headrick with help from "Ground Control." These early times were rather trying, but ultimately got Sitzman & Headrick playing the scene again.
In the spring of 2013, North of Neptune finally got an addition of an actual Drummer in Jeff Johnson. Johnson, Headrick & Sitzman were all familiar with each other as they attended Grade & Middle school with each other years prior. After playing a few shows and testing out a few Bass players, Dave Boardman got on board with the band in the Winter of 2015, just in time to return to the scene on February 25th.
It has been some time in the making, but North of Neptune is back and ready to focus on the Lincoln & Omaha music scene. North of Neptune is an interesting blend of Rock, Folk, Blues, Funk, Soul, Pop, & Fun. No music genre is out of the question of NON. This creates a diverse sound that provides a fun atmosphere for the crowd to enjoy.