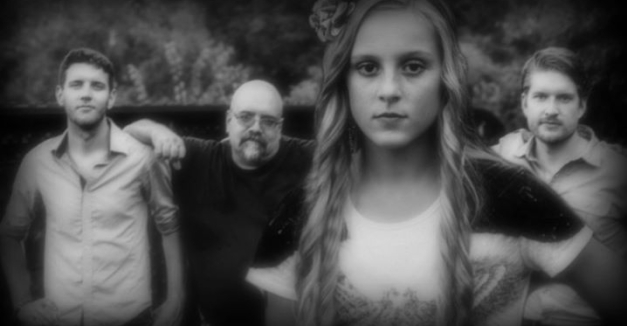 McKenzie Steiner is an up and coming vocalist/musician from the heart of Mid-America Lincoln, Nebraska. She along with her band of Renegades have been making and impact on the music scene in Lincoln, Nebraska and some nearby surrounding areas. This Country/Country Rock band seems to blowing people away with McKenzie's huge vocals, energetic performances and the band's unmatched and untamed sound. With a heart as big as the sky this young beauty pours her heart and soul into each performance and the band matches her talent with the skill and precision of their performances.

Although McKenzie had only started performing for live audiences in March of 2011 she literally had made a name for herself here in Nebraska. With just her and her backing tracks, McKenzie started her musical journey by performing and building her confidence from the first time she sang in public (our home) from behind the kitchen wall in front of only 2 fans (her biggest) mom and dad to crowds as big as a couple thousand plus and being on National television (CBS). To now performing and being the "front man" of her own 4 piece band by performing at local and nearby venues here in Nebraska and in Iowa.

Mckenzie has steadily been building her fan base on her own with the help of the social media sites like facebook (over 900 fans) Youtube (500 subscribers with approximately 250,000) Reverbnation (2,100+ fans) and several others. Since she had been doing so well on her own we decided to build a band for he upon her request.