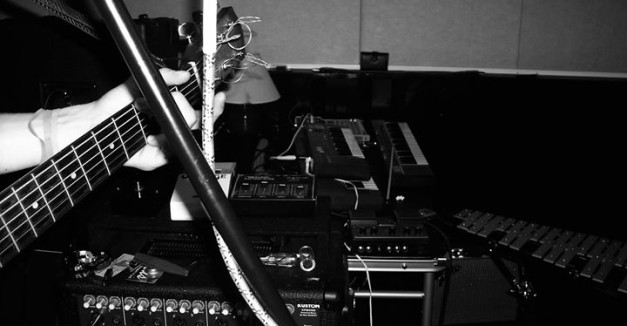 DL Diedrich is an independent recording-artist/writer/performer currently based in Omaha, Nebraska. He has released several EP’s and albums under various monikers, and had tenure in a handful of projects including Electric Needle Room and Spiders for Love. He started playing music around the age of twelve, in a lo-fi group called Silver Man. He later went on to playing solo and touring under the name Hugh Manitee. After relocating to Nebraska in 2006, DL found himself involved with many local artists and musicians, and formed a short-lived basement label called Hell-o Ferocious (later 81 Records). He has also written dozens of short stories and countless poems, though rarely made available. Today he is best known for his work in the quirky fuzz-heavy punk project Elf Squad (a.k.a. We Have Skull Power).