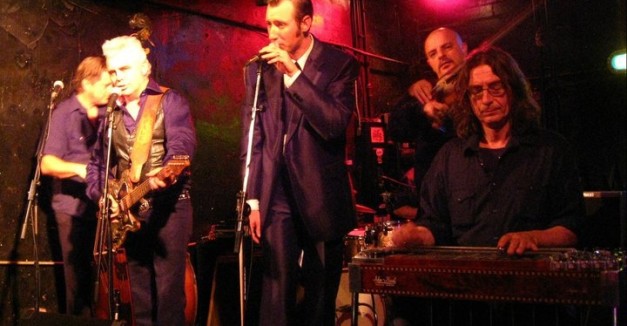 Growing up in a musical family Lloyd has been steeped in real country music! Starting a the age of eight he started playing in the family band. By the age of eighteen he was touring with the Fortytwenty band playing steel guitar. After cutting his teeth in the honkytonks of the midwest Lloyd has now taken it upon himself to bring back the days of the Country Hero, that has been lost and all most forgotten. With his new album Big Time, Lloyd looks to revive that true honky tonk sound and spirit. The smell of hardwood floors and stale beer are no stranger to this hardcore country and western singer songwriter!