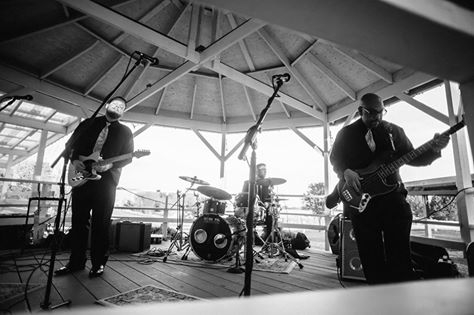 Levi is an up and coming vocalist and lead guitarist. He had his first chance to play in a bar in Lincoln, Ne at the age of 13. He was able to learn from some of the best musicians around town with his countless experiences in the open stage environment. At the ripe old age of 16 he was asked to join a local blues band and played with them until he formed his own group.

The band Levi William is made up of unique backgrounds: Levi William- guitarist and lead vocals, Brian Farr- vocals and bass. Brian lends a taste of soul and funk to the group. Josh Topolski-Drums, Josh has just been added to the band, he has brought a fresh new outlook for the band. Levi has taken the feelings from some of the legends of the blues and wrapped them into a powerful sound that excites audiences every time he takes the stage.

Levi’s most memorable music moments: While in Chicago for the Blues and Jazz festival in June of 2005, Levi had the opportunity to play with a local blues act on the streets of Chicago. After his performance, he was asked to sit in that evening for a performance at the Legendary “Kingston Mines“. With his first song, he had the audience on their feet singing back to him. Levi has had a few opportunities to be on stage with Chicago Bluesman “Magic Slim”. During their most recent performance, Magic said “I don’t want to start no SH*T tonight, I just want to tell you this boy can play!”. Nick Holt, of the Tear Drops, has introduced Levi as “The Future of the Blues.” In the summer of 2007, Levi was asked to join in with Curtis Salgado during his show at The Zoo Bar; once again Levi’s skills were embraced by another Blues legend. The Band has been asked to open for Jackyl, opened the Omaha Riverfront Jazz and Blues festival, Playing with Fire, and then was selected as the jam band for the 2008 “After Burn Series”.