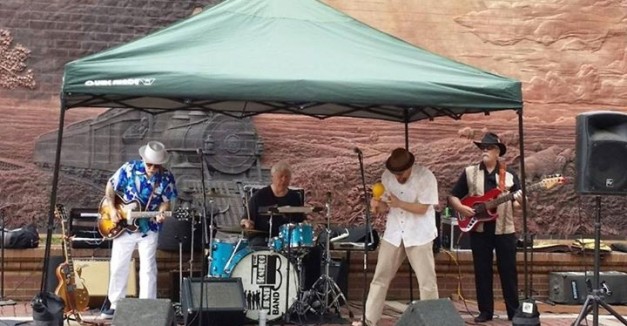 The Honeyboy Turner Band first hit the road in 1992 and after 22 years still consists of four of the five original members.

Originally forming under the name of Honeyboy Turner and Cryin' Heart in 1992, they brought Chicago-style blues to their hometown of Lincoln, NE. In 1995, -ismist Records captured their sound on their debut full-length, Preachin' the Blues. These guys have played every major blues venue, current and past, in their part of the country. They've done, and continue to do, multiple gigs at The Zoo Bar in Lincoln, at Blues On Grand in Des Moines, at BBs Lawnside BBQ in Kansas City, Nightmoves in Kansas City, Uptown Grill in Rapid City, Getaway Inn and Pore Richards in Topeka, McKenna's Blues, Booze & BBQ, Howard Street Tavern, and Downtown Blues, all in Omaha, The Harmony and The Crystal Tavern in Madison, and hundreds of smaller, lesser known clubs throughout the region. They are true bluesmen.

In addition to having played many major blues venues, these guys have also had the chance to play with many national blues artists. They've been the back up band for Chicago legends, Taildragger, Mary Lane and Rockin' Johnny. They've opened shows for or played on the same show as Magic Slim, Bernard Allison, Smokin' Joe Kubik, Kilborn Alley Blues Band, Corey Stevens, Davina & The Vagabonds, The Chicago Rhythm & Blues Kings, Mighty Joe Young, Jimmy Thackery, James Harman, John Hammond, Chubby Carrier, and Mike Zito. Honeyboy was also a featured artist on River City Folk, a nationally syndicated radio program out of Davenport, Iowa.