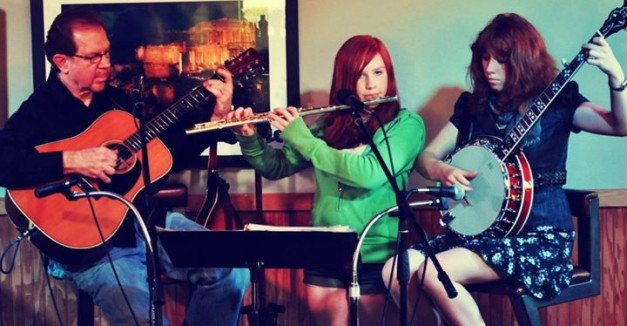 Beginning as a father-daughter duet, Frailin’ Hearts blossomed into the eclectic local band it is today playing anything from traditional fiddle tunes to jazz standards to contemporary folk and pop alongside their original songs. Most original material is by the banjo player, Schuyler, and often involves themes of home (Nebraska), the environment and love.

Roger Geery has performed for decades in several bluegrass and acoustic bands, leading to this project with daughters Schuyler and Keelin Geery-Zink and newest members, Sarah Baker and Bobby Fuson. After learning to play guitar at age 15, Schuyler quickly took up songwriting and then banjo at age 18. She’s mostly self-taught on both instruments and writes most of the band's original songs. Sarah has been playing violin/fiddle since grade school and is a music education major at Wesleyan University. Bobby is in the UNL graduate jazz music program. Keelin sings in school/church choirs and musical plays as well as playing flute in band. She sings some Frailin' Hearts cover songs.