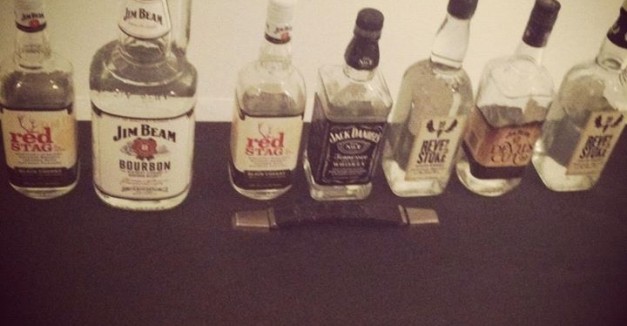 Evicted is a hard rock/metal band based out of Nebraska. The band consists of Danielle Waite (vocals), Kyle Waite (guitar), Cory Waite (bass), and Josh Kula (drums). These musicians had played music together for years before coming together as a band.

Evicted was formed in April 2005 by Cory Waite (bass), Kyle Waite (guitar), Matt Allsman (vocals/guitar), and Billy Drozd (drums). They took the stage for the first time in Columbus, NE at the Lark Lounge and continued playing many area shows.

Derek Klosner replaced Billy on drums in May of 2006. Then, in April 2008, Danielle Waite was added to the band taking on the lead vocal position. Curt Vonderohe then replaced Derek on drums in August 2008.

The group began to travel and play more shows outside of Nebraska. The “Midwest Mini-tour” included performances in Manhattan, KS and St. Joseph, MO. In October 2008, Evicted traveled to the Dunkin’ Donuts Center in Providence, RI where they played in the Rock the Ink Festival. This event included acts such as: Godsmack, Killswitch Engage, All That Remains, Drowning Pool, Saliva, Tantric, Taproot, and many more. Evicted took another big trip to West Palm Beach, FL in March 2009 to play Locofoest with headlining bands Mudvayne, In This Moment, Nonpoint, and hed(PE) at the Palm Beach International Raceway.

2010 brought more changes for Evicted as Matt then left the band. Joe Ickler played on guitar for awhile before Evicted moved forward with four members. Josh Kula replaced Curt on drums in February 2011.

Danielle, Kyle, Cory, and Josh are currently reworking their sound and writing a new, heavier album. The members of Evicted are excited to move forward putting on high-energy live shows and to continue rocking the faces of rock fans everywhere!