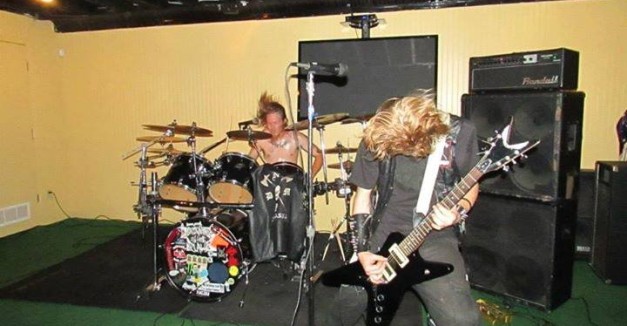 Formed in late 2009 by brothers shitty and tard, drowning in the platte set out with the fuck you attitude ready to destroy the underground metal scene. With spanky never getting his shit out of the jam place, ditp decided to let him play bass as a stage prop for around a year or so then decided they didnt need a stage prop anymore and let him go. Currently, drowning in the platte is booking shows around nebraska and surrounding states as a two man wrecking crew melting faces and turning heads with their high energy performance and their unique outlook on metal. Drowning in the platte isnt looking at fading away anytime soon so keep your ears open for what they have instore for the underground metal scene.