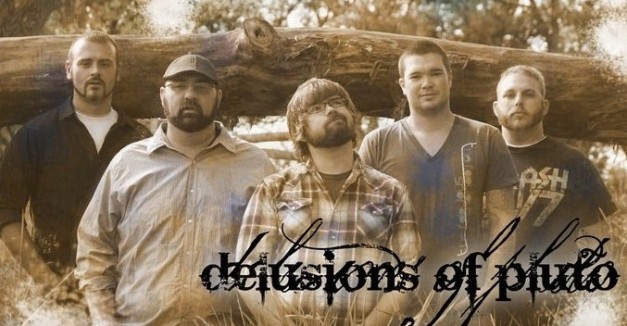 A rock band of passionate musicians from Scottsbluff, Nebraska.

Delusions of Pluto came into being in early 2010 in Scottsbluff, Nebraska. It started as a dream in the minds of Dustin Jones and some friends as they shared their musical ideas and influences. Then with the addition of singer/songwriter Gabriel Bruton, the boys sensed something special was beginning to develope. In the Summer of 2010, DoP ventured to Iowa to record their first EP, which is currently available many places online (iTunes, Amazon, Breezefire). Since then, they have been performing and developing a fan base around Scottsbluff and the surrounding communities. Now, as the Summer of 2011 is upon us, Gabe and Dusty are hard at work developing new material and plotting out the future of the band. Stay tuned, friends, and spread the word of the adventures of Delusions of Pluto!