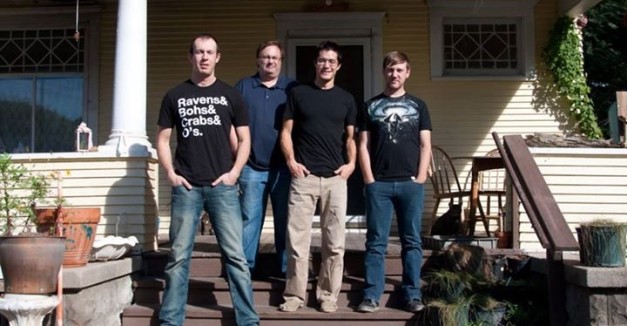 Clear the Day is a folk rock based in Omaha, NE. Hear us on Spotify of visit our website at www.ClearTheDayMusic.com

“…Listening is refreshing both musically and lyrically” –Mav Radio

Omaha, NE band Clear the Day is a blend of indie rock, folk, bluegrass, americana, & pop punk. This debut album titled “…Listening” was recorded with Jeremy Garrett who has worked with major label artists like Citizen Cope, Alicia Keys, and Erykah Badu. Most of Clear The Day’s songs are honest and serious with topics of self reflection, spirituality, and love such as “…Listening” and “Morning Run”. Other songs have a fun, yet dark sarcasm about life, sound such as “Gone” & “Crazy Love” which features signature banjo and fiddle licks from Josh Krohn, the frontman of ReverbNation.com's #1 Bluegrass band in the U.S.A. called The Dirty River Ramblers. Kansas City blues veteran Scott “Shag” Runquist known for his progressive jam band Grand Element and playing for Pomoroy lends some keys on “Morning Run” & “Listening”. Clear The Day is definitely in the vein of many of the Midwest river city bands coming out of the region these days. This is the first release from the Omaha, NE based independent record label Veer Music.

Clear The Day has played such venues around Omaha and Lincoln Nebraska like The Slowdown, The Waiting Room, The 402, The Bourbon Theatre, Sokol Underground, The Sidedoor, Barley Street Tavern, and community benefit event "Benson After Dark" at Burkes Pub. Some events had more than 100 tickets sold! They have played shows with The Decatures, Up On The Hill, Lot Walks, Morse Code, The Brigadiers, Pancho & The Contraband, Memory Mines, Everything Goes, and many more.

Founding singer/songwriter Mark Gregory is from Omaha and has been performing in different bands in that scene for over 10 years. Originally from North Carolina, drummer Ricky Green has jazz roots and played in productions at Duke University. Bassist Pat Whitlock has played in many bands in Omaha and has worked with Peanut and Essay Martinez from 311 in the past. Originally from Baltimore, Clear The Day's lead guitarist Jon Snyder brings a modern and international sound as he recently played bass in a rock band in Japan.