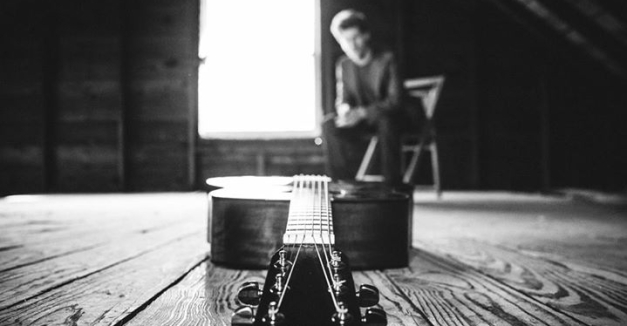 Caleb Bailey has been over-explaining his songs for some time now. His debut album, Expedition EP, will finally set the record (or EP) straight.

Caleb Bailey has been playing and writing music for over 15 years. After a pivotal garage sale in eastern Colorado, he acquired a cheap guitar for the impending summer. He began tweaking the tuners in an effort to "change the sound", later learning there was such a thing as needing to keep a guitar in tune. Remaining self-taught, his music is a reflection of his initial meanderings around the fretboard. Happenstance is the hero of the day when it comes to Caleb's songwriting style, and an entire song can be borne of an interesting chord voicing paired with a fragment of a metaphor.

His debut album, Expedition EP, contains an unspoken narrative that ties together the sundry stories of a wayward astronaut, a would-be Hollywood star, and a meteor cult, among others. The sonic combinations range from campfire strumming paired with dixieland trombone to indie-pop rock anthems replete with synth accentuations. Expedition EP is set to release in January of 2015