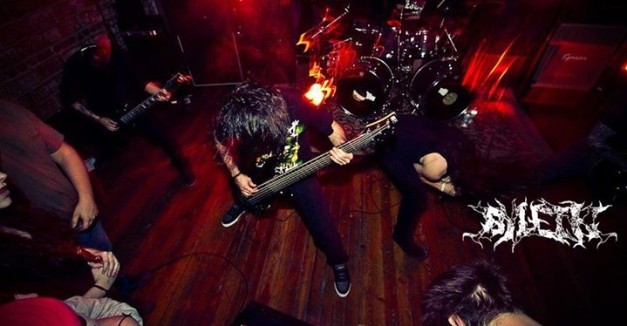 BYLETH is 5 Members from the Slaughter State Omaha Nebraska

Omaha, Nebraska's BYLETH brings you what you wouldn't expect to come out of such an empty area of the mid-west. Straight out of the slaughter state BYLETH gives you fist-to-face death metal with a pinch of black and core. Along with the extreme shredding, talented drumming, and bone crushing vocals. They bludgeon you with an intense live show that leaves you with a sore neck and begging for more. With them just releasing their first album "Scared To Death" in 2011, BYLETH is well on their way to making a name for themselves. Keep your eyes peeled and your ears open for the next mid-west onslaught that is BYLETH.