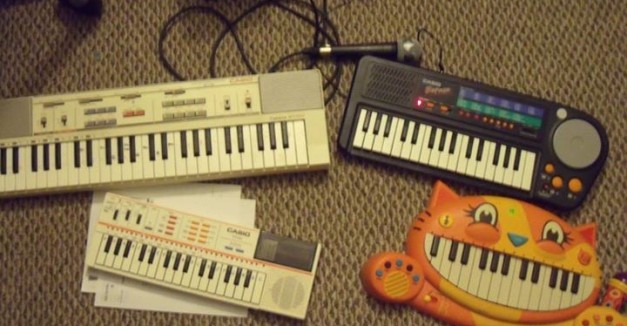 Brutal Pheasant is an experimental recording project based in Omaha, NE, founded in early 2002 by Daniel Dean Leonard, V joined in February 2011. Our influences include Grandaddy, Sparklehorse, Tom Waits, PJ Harvey and many others. Using some standard instruments, we attempt to create a sound that is delicate, fragile, dreamy and hopefully somewhat remarkable in its simplicity, with lyrics that are sweet, fierce and disturbing all at once.

Daniel was born in Deadwood, SD and raised in Norfolk, NE, he started playing drums at a very young age and temporarily moved to Phoenix, AZ and Portland, OR in his early 20's. He currently lives in Omaha, NE and his resume here includes performing with Platte River Rain, Midwest Dilemma, Ragged Company, Sweetpea, Cat Island, Underwater Dream Machine, Nick Karl and the Meadowlarks and Travelling Mercies.

V was born and raised in Prague, Czech Republic, she moved to Stockholm, Sweden at the age of 18 where she spent the next 4 years painting and doing photography. She has also lived in Split, Croatia and later in Boston, Bloomington (Indiana), Chicago and finally Omaha, Nebraska. She studied graphic design and photography. She participated in art exhibitions in the Czech Republic, Sweden, Austria, California and Colorado.
V started playing guitar at the age of 20 when constant traveling didnt allow her to be a member of a band, later on she added keyboard and drums as well. In Omaha she played keyboard in Travelling Mercies for about a year before she decided to concentrate on booking her Own shows instead 😉