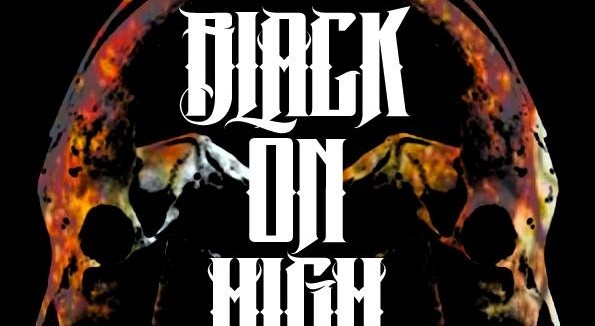 Music for when the world goes dark.

Omaha, NE is about as small of a city as you can get. The music scene is very tight niched, everyone knows everyone. Scott Armstrong (Fornever/Hollowed) and Dan Cinotto (Downshift/Narcotic Self) were no exception. After years of playing shows together in their respective bands, they felt it was time to work together and bring something new to the scene. They decided to work under the moniker of ‘Black On High’, which refers to the last page of The Dresden Codex (Mayan book of prophecies), which depicts the destruction of Earth by a great flood. The Codex had been damaged throughout time, but this page had been referred to as ‘Black Earth’, ‘Black Sky’, and ‘Black on High’. They decided on ‘Black on High’ because it represented a turning point in human evolution, and the music that was being written was a turning point for them.

With the release of 2010’s ‘The First Seal’ (which is available on most major music websites, you should go get it…), Black on High’s distinctive throw back sound to the early nineties had started to take shape. The band cited Alice In Chains, Kyuss, and Rush as major influences. Not long after that, B.O.H. went back into the studio and recorded ‘With Regards’. A six song EP recorded at SubStar studios in Omaha, NE. Working with producer Ben Sieff, the band took the new music in a different direction from where ‘The First Seal’ left off. Once recording was finished, the band found themselves going in separate directions. The EP was shelved for the time being, with only one song leaking out. The track ‘Translucence’ has been the only song to surface from those recording sessions. Dan and Scott decided to reform the band with a different direction but still giving respect to the first two EP's.

In late 2010, Brent Johnson (Hello From Ghost Valley) was added on drums, and the music was taken down a much different path than the previous two records. While the band’s love for early 90’s heavy music still comes through, new influences has started mold the BOH sound. The new music has taken a much darker, heavier sound than the BOH music of the past. Influences like Mastodon, Lamb of God, and Black Label Society have begun to shine through.

November of 2012, almost exactly one month before the 'actual Black on High' was supposed to occur, the band released their first full length record, 'Gnomad'. This 10 song LP was much heavier and quite a bit darker than the prior two efforts. After the release, the band continued to build their Midwest following, and continued to write.

Currently, the band is finishing pre production for their new full length record, which is due out later this year.