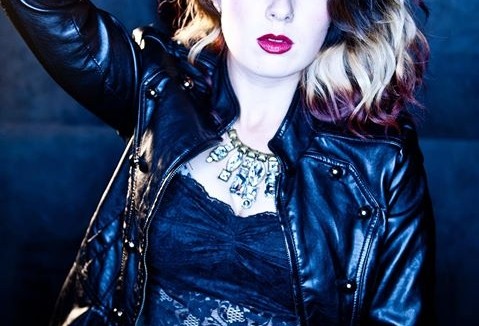 The buzz is out! Nashville recording artist Alexa Kriss is releasing her debut Pop Rock album complete with 2 official music videos! Exciting, unique, all original sound with a mix of pure vocals and rock inspired pop tunes are certain to have you all up and dancing! The creation of Alexa’s slick new sound is a result of a variety of musical influences ranging from Celine Dion, The Beatles, Dave Matthews, The Darkness, and The Scorpions.

As a tiny tot, Alexa knew how to entertain an audience with her unforgettable voice, using anything she could stand on as a stage. By the time she was 14, Alexa had numerous musical recognitions, countless 1st place trophies, was a fluent rhythm guitar player, fronted her own band, made two appearances on National Television, recorded professionally, had written her own music, started her own music festival, and worked with some of the biggest names in the business.

Alexa grew up with her family in the little Midwest Nebraska town of Arapahoe and spent her days participating in all the activities normal small town kids do such as dance, gymnastics, cheerleading, volleyball, and track. A straight-A student, Alexa is no stranger to managing her time and has quickly become a pro. Along with her musical talents, Alexa exercised (no pun intended) her natural athleticism as she trained as a sprinter for the UNK track team her freshmen year of college… most likely to outrun the paparazzi. Music, however, has always remained Alexa’s #1 passion; something she can’t live without.

Now a Sophomore at University of Nebraska at Kearney, Alexa, with the help of family, mentors, her band, God, and producer Steve Ivey of IMI Studio in Nashville is ready to rock!