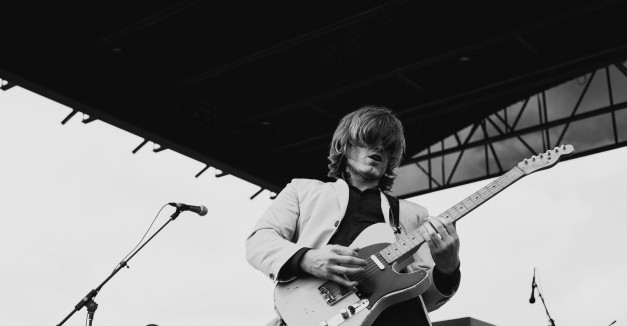 In November, we wrote about Omaha emcee Nick Clawson’s 365 to India project. Clawson, who raps under the name Articulate, wants to use his talents to pay for his son to visit India, where he can see his grandparents for the first time.

Launched last June, the project has Clawson writing and recording one verse a day for a whole year, uploading the tracks to his YouTube channel. Approaching the launch of an IndieGoGo campaign to raise funds, Clawson is hosting his 365 to India Launch Party on Friday at The Hideout.

The show includes sets by Articulate, Midtown Marauders and Artillery Funk (RSVP). All proceeds from the show will be donated to an orphanage in India. Attendees will have the opportunity to support Clawson’s IndieGoGo campaign, which will pay for travel expenses.

Like crowdfunding for Dereck Higgins’ tooth, Clawson’s IndieGoGo campaign is another example of drawing on community support for something very personal. Maybe call it a sign of the times — artists aren’t just the people that create our art. They’re our friends, neighbors, family, peers. They can be people we care about because we know them, not just their work.

If you’ve been waiting to dig into Matt Whipkey’s extensive back catalogue, today and tomorrow might be the best opportunities.

As a promotion for his new website, the Omaha singer-songwriter and guitarist has made all his work that predates February’s Underwater available for free. The offer lasts through Wednesday, April 1.

The bundle includes Penny Park: Omaha, NE: Summer 1989, all of his work with The Whipkey Three, Anonymous American and The Movies, dating back as far as 2002. The website will prompt buyers to name a price but there is no minimum, meaning it will accept $0.00.

If you haven’t been paying close attention to Whipkey’s trajectory in the last 15 years, then consider an opportunity to discover early work. The Movies, for instance, finds Whipkey exploring his reach with a more alternative folk edge to his songwriting than what’s present on the comparatively straightforward Underwater.